The job: "We campaign to influence those in local and national government roles to protect, promote and enhance the countryside, and we provide advice to local campaign groups and to our members on planning related issues. The planning manager is a senior employee of the charity, responsible for managing a sizeable team. Responsibilities and duties include: 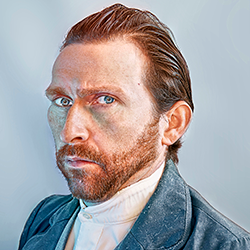 In 1876, the 23-year-old would-be painter was working as an assistant teacher at a boarding school in the Kent seaside town. His oldest sister, Anna, had found work as a French and music teacher at Miss Applegarth’s school in Welwyn, where she lived at rose Cottage in Church Street.  On 12 June Vincent set off on foot to visit her, a trek that was recorded in his notebooks. He rested in Canterbury where he observed a "large beech and elm trees near a little pond' and continued to admire the countryside en route. After stopping for two evenings in London, he set off at 4am, arriving at Rose Cottage at 5pm the same day. "I was with our sister and was very glad to see her. She is looking well," he wrote to younger brother Theo. A blue plaque on Rose Cottage commemorates the visit.

The job: "As the planning monitoring officer, you will be tasked with supporting the preparation, monitoring and implementation of Exmoor’s development and management plans.

"Focusing on monitoring and evidence, you will deliver sustainable development plans where conservation is taken into account as well as elements that will enhance Exmoor and its special qualities. A key element of your role will be to lead on local planning policy monitoring work and contribute to the Authority Monitoring Report.

"This is a fantastic opportunity to play a key role in the development and planning of policies that will support safeguarding our landscape, wildlife and cultural heritage." 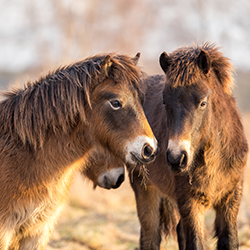 Fun fact: Exmoor ponies, which roam freely across Exmoor, may be the closest thing to wild horses remaining in Europe today and are certainly one of the oldest breeds of pony in the world. Indeed, they are considered a 'landrace' rather than a breed, meaning they have adapted to they are a localised adaptation of their species.

The ponies can be traced back to 1818 when Sir Thomas Acland, the last warden of Exmoor, established a herd with 30 beasts. They were almost wiped out during the Second World War, when Exmoor was used as a military training base and their numbers were reduced to just 50. The ponies are classified as endangered by the Rare Breeds Survival Trust, with only 390 breeding females left in the UK.

The job: "We’re looking for new visionary place-maker to take us into the next phase of Woking’s exciting future. This is a fantastic opportunity in a bold, ‘can do’ authority that is committed to creating sustainable communities in a place with a wide range of development activity.

"A key member of the corporate management group, you will contribute to the overall direction of the council and lead the following services: development management; planning policy; building control; property services; asset management; business liaison; and Brookwood Cemetery.

"A leader who empowers their teams, you will be future focused, innovative in your thinking and inspirational in advocating for planning." 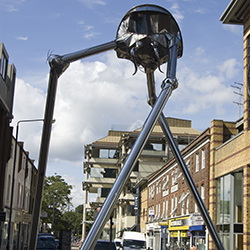 Fun fact: Woking has been fairly well represented in the arts, but with mixed attitudes displayed towards the town. Most famously, Horsell Common in Woking was the site of the Martian invasion in H G Wells's The War of the Worlds, now marked with a 'Martian' sculpture in the town centre.

Woking has also featured in a Sherlock Holmes short story Briarbrae, The Adventure of the Naval Treaty, and was sent up in Douglas Adams' The Deeper Meaning of Liff where the word Woking is defined as meaning 'Standing in the kitchen wondering what you came in here for.'

The last word should perhaps go to singer songwriter and Woking boy Paul Weller whose A Town Called Malice, paints a somewhat grim picture of a town with "rows and rows of empty milk floats dying in the dairy yard".  Released as a single in 1982, the song was the band's third UK number one.

"Our thriving team is expanding and we have opportunities for the following:

"You’ll predominantly be operating from the East Midlands on work across the UK, including large and small scale projects, appeals and planning applications. We can offer you the opportunity to work on a variety of projects, including delivering major mixed use urban extensions across the UK.  You will be working with national house builders, land promoters, and landowners."

Fun fact: Th East Midlands has given much to the world, from Isaac Newton to the world's first factory and even the man credited as 'the father of the American Industrial Revolution', Samuel Slater. It also gave us Ladybird Books, published in Loughborough throughout their 1960s and 70s heyday.

The company traces its origins to 1867, when Henry Wills opened a bookshop in Loughborough, Leicestershire. Within a decade he progressed to printing and publishing guidebooks and street directories. By 1914 the company (now Wills & Hepworth) had published its first children's books, under the Ladybird imprint.

From 1971 the business traded as Ladybird Books as a direct result of the imprint's brand recognition. Launched in 1964 as the company's Key Words Reading Scheme, which used a reduced vocabulary to help children learn to read, the series of 36 small format books presented stereotyped models of British family life and were famed for their illustrations.

Now owned by Penguin, Ladybird Books still exist, but are now targeted at adults as both parodies and, more recently, serious introductions to scientific and historical subjects.

The job: "McMurdo is a well-established planning and development consultancy based in Exeter in the south west of England. It works across the south west for a unique client base and utilises planning policy and development management systems in tandem to maximise the value of its clients’ land and property assets. It wants to hire a qualified (MRTPI) chartered town planner/senior planner, or (MRICS) planning & development chartered surveyor/senior surveyor.

"Attitude, manner and an ability to think creatively, usually against the grain, will be far more important aptitudes than simply planning and/or development experience." 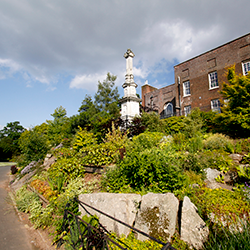 They were originally laid out as a pleasure walk on the northern side of Rougemont Castle in 1612. the park was destroyed when used as a defensive barricade during the English Civil War in 1642, but restored following the restoration of monarchy in 1664.

The gardens are Grade II listed in the National Register of Historic Parks and Gardens and are maintained by Exeter City Council. They offer views over large parts of the city, and host events through the year.