Five of the best opportunities on Planner Jobs this week. 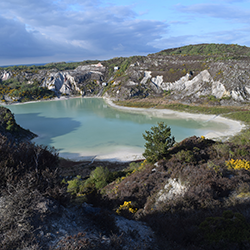 Council offices on the edge of St Austell, Cornwall.

"Bringing empty properties back into use is a Cornwall Council priority, and the Council’s Empty Properties Project has enabled a significant number to be brought back into use through intervention by its empty homes team.

"This new post will be pivotal to increasing delivery. Whilst the post holder will be involved in other aspects of empty property investigation and enforcement, both directly and supporting other members of the team, they will primarily be responsible for developing and implementing an effective programme for the compulsory purchase and appropriate re-use of suitable empty homes; including supervision of a small sub-team."

One of the largest towns in Cornwall (population 20,000), St Austell is close to the county's southern coast, 30 miles west of the border with Devon and  just a few miles from the Eden Project.

St Austell is the centre of Cornwall's china clay industry, which employs some 2,000 people - as well as producing the turquoise lakes that dot the landscape. After oil, china clay is the United Kingdom’s second largest mineral export.

One of the purest forms of clay on the planet, china clay comes from the decomposition of moorland granite. The main by-products of its extraction are sand and mica - and the area's famous turquoise lakes and pools are given their bluey-green hue by the mica-particles, left over from washing the clay. 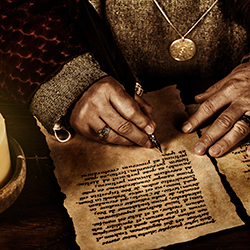 Purpose-built offices on the outskirts of Havant, Hants.

"You will be determining a varied range of applications in the Havant Borough, interpreting and applying planning policy. Working within a team, you will have a real desire to make the borough a great place to live and work. The successful candidate will preferably have a degree or equivalent in planning or land use, or working towards a qualification."

Havant is a medium sized town in the south east corner of Hampshire, midway between Portsmouth and Chichester. The wider borough (population: 125,000) comprises the town and its suburbs including the resort of Hayling Island as well as Rowland's Castle, the smaller town of Waterlooville and Langstone Harbour.

The area experienced major growth in the wake of World War II, as a result fo the bombing of nearby Portsmouth.

Havant was a centre for parchment making, reputedly for a thousand years, until the mid 20th-century - a consequence, perhaps, of the pure supply of water from the Homewell spring, which helped to produce some of the whitest parchment in England.

Parchment was made from the skins of sheep, goats or calves soaked in water, and was used as a writing material instead of paper. Havant parchment was used for many official documents, including, it is said, The Treaty of Versailles, signed by European countries to formally end World War I in 1919.

3. WILLIAM, IT WAS REALLY NOTHING

Council offices on the outskirts of Petersfield, next to the leisure centre and the rugby club.

"Working within the development management team, you’ll be supporting a range of planning applications, including those for the South Downs National Park on behalf of the National Park Authority, whilst also supporting the East Hampshire Local Plan.

"You will have the opportunity to connect with and advise planning applicants, professional agents and other customers of the council. On a regular basis you will be negotiation on planning proposals and financial contributions, preparing evidence related to Planning Appeals and representing the council in a range of external forums."

Petersfield is a small market town 17 miles north of Portsmouth in Hampshire. It was founded in the12th century, although the nearby heath has ancient burial mounds that indicate the area was populated 4,000 years ago.

Petersfield is home to one of only five statues of King William III in the UK. Also known as William of Orange, the Dutch Protestant William became king in the 'bloodless revolution' of 1689 when the nation was gripped by anxiety about it Catholic monarch (James II). He remained king until 1702.

Each year, the statue attracts a a marching band of Orangemen on 1 July, the anniversary of the 1690 Battle of the Boyne in which William's armies defeated James to end the latter's claim to the throne. 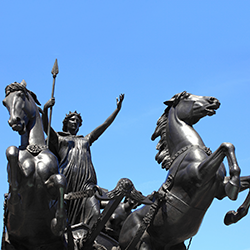 Red-brick offices south of the A5 in the town of Atherstone, Warwickshire.

"This position is ideal for a planner in the early stages of their career, or a recent planning graduate, looking for an opportunity to be part of this high performing team. You will manage your own caseload of householder and 'minor' planning applications, as well as offering advice and assistance to prospective applicants and the public in general on all town planning matters. You will be required to prepare reports to be presented to the Planning and Development Board and to take an active part in the appeal process.

"North Warwickshire’s rural landscape, rich heritage and excellent transport links combine to make it the perfect place in which to live and work. Bordering major Midlands towns and cities and having an extensive green belt, the development control work in North Warwickshire is varied, dynamic and challenging.

Atherstone is a small town midway between Birmingham and Leicester, on the border with Leicestershire alongside the A5.

Manduessedum (Mancetter), near Atherstone is thought to be the site of The Battle of Watling Street (60 or 61 CE) - which saw the decisive defeat of Queen Boudica and ended early British resistance to Roman rule.

Boudica's alliance of British tribes significantly outnumbered the Roman army led by Gaius Suetonius Paulinus. But the latter was better equipped and had chosen a strong position from which to fight the battle. The Roman historian Tacitus claimed that 80,000 Britons were called for the loss of just 400 Roman lives, though this is thought to be an exaggeration. Having lost the battle, Boudica reputedly committed suicide to avoid capture. 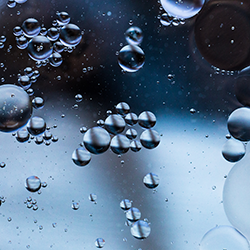 An office park on the outskirts of the new town of Livingston, West Lothian - 15 miles or so west of Edinburgh.

Livingston, a new town designated in 1962, is the largest town in West Lothian, with a popultion of around 56,000. A shopper's paradise, the town has three major shopping centres, and another three medium large retail parks.

The world's first oil boom occurred in West Lothian in the area around Livingston. This was based on oil extracted from shale, and by 1870 more than three million tons of shale were being mined each year.

Output declined with the discovery of liquid oil reserves around the world in the early 1900s, but shale mining only finally ceased in 1962. A number of distinctive spoil heaps or  'bings' are still visible around the town.