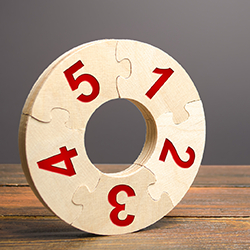 Hello Friday Fivers. Here are some jobs for you. Five of them. And some fun facts.

The job: “We're looking for a planning manager to join the Tendring Colchester Borders Garden Community project to lead a team to bring forward this significant new development. One of the larger projects of its kind in the country, the Tendring Colchester Borders Garden Community will see 7,500-8,000 new homes created over the next 30-40 years, along with all the necessary infrastructure to create a quality place of life for future generations.

“You'll lead a team of planning and technical officers to consider and advance planning matters. You'll work alongside officers from Tendring, Colchester and Essex Councils, as well as working closely with the developers, private sector partners, town and parish councils, consultants, community groups and other stakeholders.

“You'll play a key role in advancing the coordination and preparation of a joint development plan document (DPD) alongside a comprehensive masterplanning exercise, involving community engagement, and ensuring that the DPD is prepared in line with all statutory and legal processes and requirements. You'll lead engagement with the developers initially through pre-application stages, and then into the consideration and determination of planning applications on the site.” 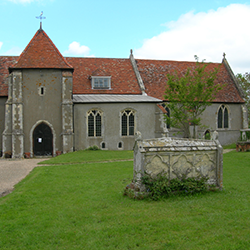 Fun fact: The Church of St Anne in Elmstead (pictured) has an unusual architectural feature that as relatively common in English churches in the Middle Ages: a ‘squint’.

As its name suggests, a squint was an opening in a wall that would enable worshippers who were socially separated from the main body of the congregation, to view the service from a distance. Most squints were built into internal walls and served the purpose of maintaining social distinction between different parts of the congregation. These are known as ‘hagioscopes’.

Another type of squint served a rather different purpose, however, and this is what’s found at St Anne’s. A squint built into an exterior wall was intended to allow people with leprosy to watch a church service without coming into contact with the rest of the congregation. Such a squint is also known as a ‘leper window’ or ‘lychnoscopes’.

Squints generally seem to have been far more common in England than the rest of Europe – or, at least, there are far more surviving examples. One continental European squint, however – at Notre Dame in Dives-sur-Mer in Normandy, has the inscription trou aux lépreux, which means, of course, ‘leper window’.

The job: “We have a range of excellent opportunities within our planning policy team to help sustainably develop Powys for the future.

“We're looking for talented, ambitious and enthusiastic individuals who work well as part of a team to be actively involved in the replacement local development plan. You'll need a good academic track record, excellent organisational skills, demonstrate a sound working knowledge of planning policy issues, have great communication and IT skills and be able to work on a wide variety of tasks developing and supporting preparation of topic papers and the LDP evidence base.” 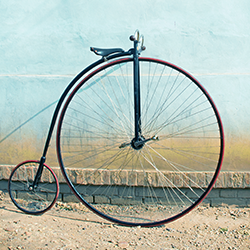 The museum also has images, postcards, clothing, kit and accessories that illustrate the changing nature of cycling over two centuries. It’s a brilliant place to while away a couple of hours if you happen to find yourself in central Powys with some time to spare.

The job: “This is an exciting time to join Ealing Council and be a part of the planning enforcement team. You must have experience in managing a busy and varied caseload of different types of planning enforcement breaches and dealing with multiple lines of enquiry under pressure.

“You will need to have a proven track record in delivering successful planning enforcement outcomes, be that through negotiation, serving a variety of enforcement notices, defending notices on appeal, or successful prosecution/direct action. It is also preferable for you to have experience with POCA and acting as an expert witness in hearings/public inquiries.

“You will need to demonstrate a professional level of competency in interpretation and enforcement of complex regulatory legislation. You will have excellent communication skills and be committed to maintaining effective relationships with our key stakeholders/partners.” 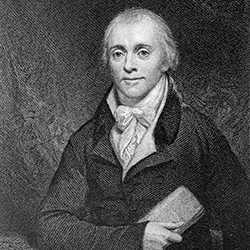 Fun fact: Ealing was the home of Spencer Perceval, who has the unfortunate distinction of being the only British Prime Minister to be assassinated, in 1812. His killer, John Bellingham, was a merchant with a grievance against the government – he believed he was due compensation for being unjustly imprisoned in Russia and was enraged that his petitions to government had been rejected. Bellingham shot Perceval in the chest as the latter entered the lobby of the House of Commons on 11 May 1812.

Perceval was just 49 at the time of his death and left a wife and 13 children behind. An extremely able man, his ascent to the summit of political life had been rapid: he was a lawyer by profession and only became an MP in 1796. By 1801 he was Attorney General; by 1807 Chancellor of the Exchequer and, in 1809, Prime Minister after the then Prime Minister, the Duke of Portland, resigned following a stroke.

He was leader during a turbulent period and faced a series of crises during his tenure, from an inquiry into a failed military adventure in the Netherlands to the madness of King George III, economic depression and Luddite riots. But he came though them and his position was looking strong at the the time of his assassination.

Perceval’s former family home beside Ealing Common is now the site of All Saints’ Church and he is remembered in the name of Ealing Council’s main office block, too.

The job: “The council is seeking two individuals with the drive and enthusiasm to determine planning applications and help in delivering plans and projects within a well-organised planning service. Whilst experience would be beneficial, the position would also be suited for those graduating from a relevant degree from University. The ideal candidate would be highly motivated, organised, able to work under pressure and have the ability to motivate others. Previous experience of working within a local authority advantageous, but not essential.

“Broxtowe is a diverse urban and rural area to the west of Nottingham. The borough is home to a wide range of businesses including leading telecommunication, retail and pharmaceutical companies. The council has an adopted Core Strategy (Part 1 Local Plan prepared with our neighbours across Greater Nottingham) to secure significant growth and inward investment. The Part 2 Local Plan was adopted in 2019 and includes site allocations and development management policies to assist in delivering this growth. Broxtowe Council is also a focal part of the East Midlands Development Corporation, which will help design, shape and deliver the growth aspirations for large development sites adjacent to the M1.” 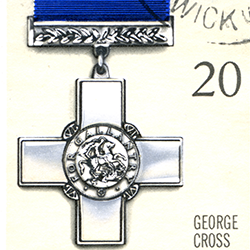 Fun fact: John Bamford, from Newthorpe in Broxtowe, is the youngest ever recipient of the George Cross, aged just 15, after rescuing his brothers from a house fire.

The George Cross, the civilian equivalent of the Victoria Cross, is the highest award bestowed by the British government for ‘non-operational’ gallantry and is awarded for “acts of the greatest heroism or for most conspicuous courage in circumstance of extreme danger".

The teenage John Bamford certainly met these criteria. On 19 October 1952, a fire broke out at the home he shared with his mum, dad and five siblings. John and his father managed to get downstairs but the flames were too fierce for them to go back upstairs to rescue everyone. Instead, they clambered onto a bay window outside and helped John’s mother and three of his siblings out of a bedroom window to safety.

Two younger brothers were trapped in a back bedroom, however. John’s father tried to get into the room with a blanket draped around him but was beaten back by the flames. John, with extraordinary courage, got on his hands and knees and crawled through the flames into the room. Although his own clothes were on fire, he pulled his brothers from their bed and passed them through the window to his father. He only managed to get half out of the window himself before losing consciousness and falling to the ground.

John’s face, neck, chest, back, arms and hands were terribly burned and it took four months for him to recover. In December 1952 he was awarded the George Cross for his bravery.

The job: We are looking for talented and ambitious assistant planners/planners to work on interesting and prestigious projects as part of our established and growing teams based in Belfast and Dublin.

“This is an opportunity to launch or progress your career within a vibrant and progressive consultancy, in a friendly team environment. We are looking for assistant planners/planners to assist with a range of high profile planning, regeneration and master planning projects across various sectors, including logistics and commercial, health, education, residential and mixed use development proposals.

“Turley is an employee-owned business and is one of the largest planning and development consultancies operating in the UK and Ireland.” 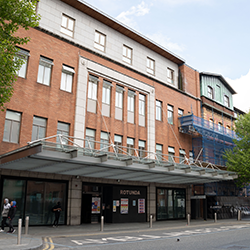 Fun fact: The Rotunda Hospital in Dublin is the oldest still operational maternity hospital in Europe. Legally named the Hospital for the Relief of Poor Lying-in Women, it was founded in 1745 by surgeon and midwife Bartholomew Mosse, who was appalled at the shocking conditions that pregnant women had to endure during childbirth and post-childbirth ‘lying-in’ (the month-long bed rest prescribed for postpartum confinement).

In 1756 the hospital was granted a Royal Charter by King George II and Mosse embarked on a series of fundraising activities to generate cash for larger premises. These included concerts, exhibitions and even a lottery. The ‘New Lying-In Hospital’ opened in 1757 and became known as The Rotunda after the completion of a rotunda as an addition to the hospital by 1791.

The Rotunda was at the forefront of improvements to maternity care and child mortality. For example, it discovered that simply improving ventilation within the hospital reduced the mortality rate from one in nine babies born to one in 20. It also took on board improvements in sanitation and hygiene advocated by the likes of the Scottish surgeon Robert Liston and Florence Nightingale.

It’s been estimated that around 300,000 babies have been born at the hospital since its opening.