The Friday Five -  a round-up of five of the best planning jobs on Planner Jobs this week. Published on a Friday.

The job: “The GLA’s planning team are delivering a different approach to data and performance. As the strategic planning authority for London, we support boroughs in preparing data, using and understanding data, and spot patterns and trends in planning, to help deliver the best outcomes for Londoners. Following the launch of the Planning London Datahub, as well as our own back office system, we are in a position to implement a new approach to using data to transform how the planning service at the GLA performs.

“This is an exciting opportunity to join the delivery team to look at both internal and external data, and support the service achieve insight into the impact of its own work, as well as supporting improvements to the Datahub. You will be solution orientated and keen to get involved with innovative approaches to tackling planning issues.” 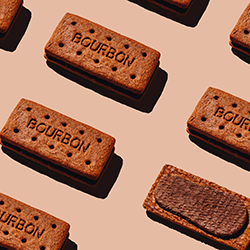 Fun fact:  Bermondsey was once known as Biscuit Town, on account of its being the home of the large, purpose-built Peek Freans biscuit factory, from which emanated a sweet smell that pervaded the surrounding streets.

The firm was founded in the late 1850s by the two sons of James Peek, a tea importer based in East London. The brothers quickly moved on, however, and James Peek offered the business to his niece’s husband, George Frean, who was a ship’s biscuit-maker, to form a new biscuit business.

Among the well-known biscuits invented by the company are the Garibaldi (1861); the first chocolate covered sweet digestive biscuit (1899); and the Bourbon biscuit (1910).

The company, like many in the Victorian period, adopted a patrician, almost philanthropic, approach to its employees. The sizeable Biscuit Town factory was indeed like a mini-town and contained an on-site bank, post office and fire station. Employees and their families also had free on-site medical, dental and optical services, and the company even paid for cricket, drama, music and athletics societies.

Ownership changed hands several times, Peek Freans was absorbed by various conglomerates and eventually broken up. However, in 2017, the Peek Frean trademark was acquired by the great-great-great-grandson of Francis Peek, the first chairman of Peek Frean and the son of James Peek. So there may be more to come.

The job: “We are seeking to recruit a planning case officer, to process planning applications. The role will include dealing with applications primarily falling within the categories of householder, minor and other applications, pre-application enquiries and giving advice to customers.

“The purpose of this role is to:

"This is a replacement role covering the Cotswolds, famous for quintessentially English market towns and villages built from honey-coloured stone." 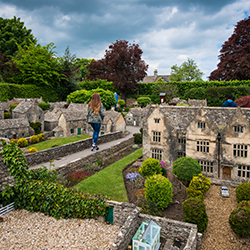 The model village sits in the grounds of the New Inn and was commissioned by the pub’s landlord, who wanted to attract motorists and take advantage of the village’s fledgling tourism trade. It was built over fours years by eight local craftsmen who, because they were craftsmen and not model-makers, used traditional materials and construction techniques in the manufacture of the buildings. Consequently, it is astoundingly similar to how the village actually was – the model church even contains real glazing.

The village – and associated displays – attracts around 100,000 visitors a year. Its owners even employ a full-time stonemason to carry out running repairs to the buildings.

The job: “We are looking for planners to join us at one of the largest planning authorities in the country, dealing with a range of planning applications within a diverse local authority area. This is an opportunity to shape development to meet the city's twin ambitions of achieving sustainable growth whilst becoming carbon neutral by 2030.

“You will act as case officer, engaging with prospective applicants and agents, ward members and members of the public. You will undertake constructive pre-application discussions and advice, and will negotiate and make recommendations to senior officers/Plans Panel for decision on applications. You will liaise closely with colleagues in all areas of the council, other authorities, public bodies and private organisations to deliver high quality services to members, developers and the citizens of Leeds.” 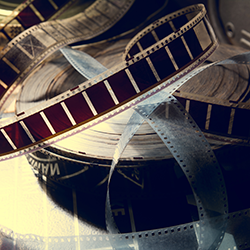 Fun fact: Louis Aimé Augustin Le Prince was a French artist known as ‘the father of cinematography’. He invented an early motion picture camera and may well have been the first to shoot a moving picture sequence with a single lens camera – in Leeds.

Born in 1841, Le Prince had spent time as a young man in the workshop of his father’s friend, Louis Daguerre, the pioneering photographer and inventor of the daguerreotype portrait. He went on to study painting and chemistry and in 1866 joined a college friend in Leeds in a firm of brass founders. From here, Le Prince founded the Leeds Technical School of Art and began experimenting with photography and moving pictures.

In October 1888, he used his single lens moving picture camera to shoot a sequence of his son playing the accordion, now known as the Roundhay Garden Scene. Sadly, Le Prince disappeared – he is thought to have drowned himself – in 1890 before any public demonstration of his work, and his contribution to cinematography went unrecognised until the 1920s.

The job: “We are looking for an experienced strategy planner who can develop robust, effective and innovative planning policies and guidance according to your experience and interests. You will also have the opportunity to broaden your professional network, skills, and experience by progressing the National Park Management Plan alongside 25 partner organisations, and supporting the delivery of key projects within the new management plan.

“We are soon to embark on preparing local design guidance having recently adopted our new local plan. You will be a great communicator, able to engage with our stakeholders and communities through documents and web content, via social media, and in person. We are keen to build on our digital planning services and look for a candidate who will be able to take forward new ideas to develop these services in anticipation of the forthcoming Planning Bill.” 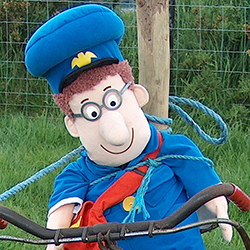 Fun fact: The valley of Longsleddale, near Kendal, is the model for Greendale, the fictional village that provides the setting for the Postman Pat stories. Postman Pat’s creator, John Cunliffe, lived in Kendal, and took inspiration from the area’s small towns and villages.

He was commissioned by the BBC to write Postman Pat, and the series first aired in 1981. Cunliffe’s intention was to create an idyllic village where everyone was kind to each other. This was in stark contrast to his own upbringing, which had been marred by the departure of his father and bullying at school. The character and series became enormously popular and there is now a room dedicated to Cunliffe and Pat in Kendal’s Museum of Lakeland Life.

Cunliffe went on two write the popular Rosie and Jim children’s series in the 1990s. He died of heart failure in 2018, aged 85. His death was reported by the local paper thus: “he left his Ilkley home in a deluge of rain... never to return”.

The job: “Recruitment consultant Carrington West is seeking an experienced planning officer for a Hampshire client to deal with high volume householder and other types of application for an initial six-month contract.

“Remote working is offered but site visits are needed as and when. Uniform and IDOX experience is highly desired but not essential. However, you must be a qualified town planner with significant experience within a local authority planning department.” 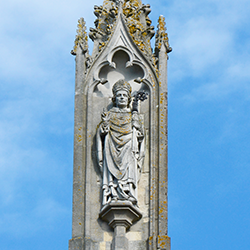 Fun fact: ‘Hampshire Day’ is celebrated each 15 July, on the feast day of one of the county’s most famous sons, St Swithun. Swithun was Bishop of Winchester from 852 until his death in 863.

There’s little mention of Swithun in documents produced during his own lifetime. Instead, his legend rests on posthumous accounts of his life and the miracles he is alleged to have performed.

Swithun's best-known miracle was his restoration on a bridge of a basket of eggs that workmen had maliciously broken. The shrine of Swithun at Winchester was also supposedly a site of numerous miracles in the Middle Ages. And, according to tradition, if it rains on Saint Swithun’s bridge in Winchester on his feast day (15 July) it will continue for forty days.