Five planning jobs, carefully curated and lovingly handpicked by our job curating and handpicking experts. My, how we spoil you.

The job: "As part of our dynamic planning team, you will have the opportunity to work on a variety of exciting and varied projects for the Environment Agency, local authorities and private sector clients throughout the UK. Our planning team has a national remit that will provide the successful candidate with an interesting and challenging workload, and the opportunity to work on a range of projects, including flood and coastal erosion risk management.

"You will be responsible for managing multi-disciplinary technical teams, co-ordinating the submission of a range of planning applications for a variety of schemes and advising on the promotion of strategic land. You will have the opportunity to win your own business and will play an important part in the growth of our team." 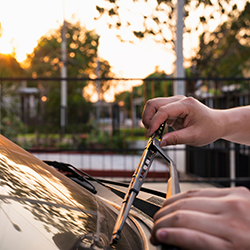 Fun fact: Newcastle United FC supporter Gladstone Adams is credited with the invention of the windscreen wiper, fowling a snowy trip to London to watch his team play in 1908. Adams, just 27 at the time, had driven to Crystal Palace to watch Newcastle play the FA Cup final against Wolverhampton Wanderers (Wolves won 3-1 against the odds).

On the way home Adams encountered snow and found that he had to keep stopping  to clear it from the windscreen - cars were still in their infancy. Having identified a clear need for some kind of windscreen wiper, he invented one, lodging a patent with Sloan and Lloyd Barnes of Liverpool in 1911. Adams' wiper never actually went into production, although his prototype is on display in Newcastle's Discovery Museum.

There's some debate about who actually invented the windscreen wiper. An American woman, Mary Anderson, had been granted her first patent for an automatic car window cleaning device controlled from inside the car, in November 1903.

Adams himself went on to set up a photography studio and acted as a reconnaissance photographer with the Royal Flying Corps in World War One. One of his jobs was to  verify the death and then arrange the burial of Baron Manfred von Richthofen, the 'Red Baron', after he had been shot down and killed.

The job: "Stockport Council is looking for exceptional planners to join our team. In the last 12 months we have seen a significant increase in the number of planning applications we determine and are now looking to recruit new planning officers to play a key role in supporting Stockport’s ambitious growth agenda. 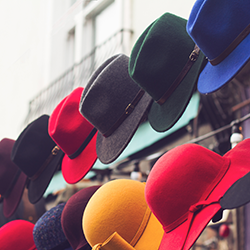 Fun fact: Stockport, one of the earliest and most industrialised of British towns at the height of the Industrial Revolution, was the centre of the UK hat-making industry - by 1884, the town was producing six million hats a year, which were exported all over the world.

Hat-making had actually become established in north Cheshire and south-east Lancashire by the 16th century. From the 17th century Stockport became a centre for the hatting industry and later the silk industry - both trades that expanded rapidly with mechanisation and the growth of the cotton manufacturing industry.

The hat-making industry was hit by an understandable decline in exports in the First World War and changes in fashions postwar. Even so, it still employed 3,000 people in Stockport in 1932. By 1966, however, there were just two factories still in operation. The last - Christy's - closed in 1997, bringing to an end more than 400 years of hatting in the area.

The association lives on in the nickname of Stockport County FC - The Hatters.

The job: "Following the recent adoption of the Local Plan, the Borough has a number of major developments underway and is anticipating the imminent submission of many more major and minor planning applications.

"If you are interested in enhancing your experience of managing a wide variety of planning applications for residential, commercial, retail and leisure developments, then this role is for you. The council is seeking an enthusiastic planner to join the council’s development management team. You will have the skills and experience necessary to enhance the quality of developments in Broxbourne, working as a case officer for a range of high profile planning applications." 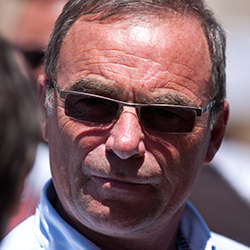 Fun fact: It's a tangential connection but, given that the Tour de france begins this weekend, seems a timely one. Broxbourne is named after the badger (brock/brox), as is one of the greatest racing cyclists of all time and a five time Tour winner, Bernard Hinault. Thought his career, the Frenchman was known as 'le blaireau', on account of his aggression on the bike (which seems to be very unfair to badgers which are generally peaceable creatures).

Hinault, though, was far from peaceable. Combative and indomitable, he dominated cycling from 1978-85, a period in which he won ten grand tours, the world title and all of cycling's greatest one-day races. He was also know as the 'patron' - the 'boss' of the professional peloton.

Stories of his mania for winning abound. Most notably, perhaps, is his second victory in Liege-Bastogne-Liege -the oldest of big classics still run today and which dates back to 1892. The 1980 race was run in appalling conditions. It was so cold that just 21 starters finished, among them Hinault who won by a spectacular nine minutes.

The victory was not without its cost. Though he wore gloves, his hands were so cold at the end of the 250 kilometre race that two of his fingers were frostbitten. Years later, he still hadn't fully regained the feeling.

The job: "Carrington West [recruitment consultant] are assisting their local authority client based in the South East [Kent, it says here], in the search for a principal planner to join their development management team on an initial three-month contract. This role will be fully remote despite initial site visits.

"My client is looking for a town planning specialist who is confident and comfortable with assessing major applications and planning performance agreements with little help.

"Experience within a similar position is necessary. It would be beneficial to hold a postgraduate degree in planning, regeneration or a related discipline, and have the eligibility for membership of RTPI. Candidates will be considered on both a full time and part time availability. We are looking for an individual who can start ASAP." 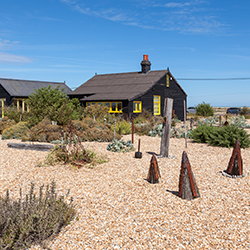 Fun fact: Dungeness in Kent is one of the most atmospheric - and unusual - places in England. Not only is it home to a nuclear power station, but that station is set beside the largest shingle beach in Europe. This, though technically classified as a desert, is home to some 600 plant species (it's a spectacular sight) and hundreds of insect species. It's simply one of the most unique landscapes in Britain.

It's unusual in other ways, too. It's the terminus of the Romney, Hythe and Dymchurch steam railway and home to a beach community that lives in the shadow of the power station. Based initially on wooden fishermen's cottages, this community gained prominence thanks to the presence of artist and filmmaker Derek Jarman, who lived there from 1986 until his death in 1994.

Famously, he created a much-imitated sculpture garden outside Prospect Cottage which mingled found  objects from the beach with hardy plants that could survive the harsh conditions. The garden, considered something of a masterpiece, was maintained by Jarman's partner, Keith Collins, until his death in 2018. Prospect Cottage was bought by the Art Fund in 2020, meaning the building and garden will be conserved.

The job: "Lancaster City Council is pleased to offer a great opportunity for an enthusiastic and self-motivated individual to progress their planning career in the council’s planning applications team. It is one of the highest performing planning application teams in the country, dealing with a range of planning related applications across the District, meaning that the workload remains varied and engaging.

"You will gain valuable experience of determining complex small scale major planning and heritage related applications of local and regional importance and dealing with enforcement matters throughout the Lancaster district.

"You must have relevant development management experience, have working knowledge of relevant planning legislation, procedures and policies, be a strong communicator, and be able to work independently and as part of a team." 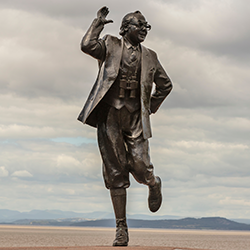 Fun fact: How can we possibly talk about the Lancaster City Council area, which includes the seaside town of Morecambe, without mentioning John Eric Bartholomew, one of the UK's best-loved comedians who hails from the town.

Who? you ask. You probably know him better as Eric Morecambe, whose Christmas specials as part of the Morecambe and Wise double act regularly attracted audiences of 25 million plus through the 1970s and 80s. He was, and remains, one of the funniest British comics of all time.

But he was born John Eric Bartholomew in the seaside town of Morecambe in 1926. His talent was evident early and, supported by his mother, he entered and won numerous talent shows around the North before encountering Ernest Wiseman - later to become Ernie Wise - with whom he formed a double act in 1940.

The rest, in a sense, is history; but few people are aware that in the last years of his life (he died young, at 58), Morecambe was exploring writing and acting outside of the double act. He appeared in a number of television films and B movies in the early 1980s and published three novels, including The Reluctant Vampire. He was also a keen birdwatcher and the statue commemorating Eric Morecambe in Morecambe portrays him with his binoculars. In addition, the RSPB named a hide after the comedian at the nearby Leighton Moss nature reserve. Eric Morecambe died of a heart attack - his third - in 1984.