Five notable jobs from Planner Jobs this week. And a fact to go with each, to keep you informed, amused and entertained.

The job: "Three key positions have been added to our busy development management team ideal for enthusiastic professionals wishing to work in a new and exciting way whilst promoting change for the borough council. We have big ambitions and need motivated and innovative individuals to become part of our team, leading on a different approach to development management and allowing you to think creatively outside the box.

"The postholder will have a key role in leading the planning development officers and encouraging career progression of the team whilst also supporting the Council’s strategic planning objectives, dealing with a variety of strategically significant planning applications and being at the heart of an ambitious rural authority." 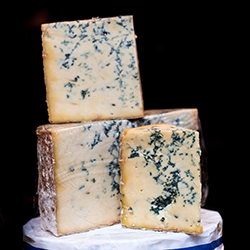 Fun fact: Melton Mowbray is home to just one of six dairies licensed to produce Stilton Blue Cheese - in this case the Tuxford & Tebbutt creamery. The EU's product specification for Stilton cheese (based on historically agreed industry definitions of Stilton and so still applicable post-Brexit) stipulate that Stilton can only be produced by milk from herds in "the Counties of Leicestershire, Derbyshire and Nottinghamshire".

It notes: "White Stilton, Blue Stilton and Mature Blue and/or Vintage Blue Stilton cheeses are made throughout the year in cheese making dairies within the County Boundaries of Leicestershire, Derbyshire and Nottinghamshire." Geography, soil type and climate are all essential components of what makes the cheese distinctively 'Stilton'.

There is an irony here. Stilton cheese is named after the village of Stilton - which is in Cambridgeshire. So any blue cheese produced in Stilton, even if it conforms to the rules that set out what Stilton cheese is, cannot be called Stilton cheese. As the product specification explains: "Stilton cheese, a unique product known and respected worldwide, has been made in the three counties of Leicestershire, Derbyshire and Nottinghamshire for generations.The cheese became known as Stilton because it was at the Bell Inn in this village that the cheese was first sold to the public. A coaching stop on the road between London and York, the Bell Inn would have had many customers from far and wide."

Location: Home working in the North of England (possible opportunity to be located in London office instead)

The job: "We are looking for an enthusiastic and influential person to deliver for our Members in policy and data analysis. You will have experience of working in public policy or research and ideally a master’s degree in planning, public policy or a related discipline.

"This role will place you at the heart of the planning agenda. You’ll be working to influence the legislation, policies and practices needed to create places which are economically productive, socially inclusive and environmentally sustainable." 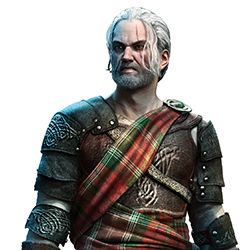 Fun fact: Most of what constitutes the modern day North of England - basically the 'statistical regions' of the North West, North East and Yorkshire and the Humber - has long been geographically and culturally distinct from the rest of Britain. This difference can be traced at least as far back as the pre-Roman area, where more or less the entire region was under the control of the Celtic Brigantes tribe.

The Brigantes were the territorially biggest tribe in the Britain of the period and had assimilated a number of smaller tribes within the region, such as the Gabrantovices and the Textoverdi. The tribe enters the written record with the start of the Roman conquest of Britain in 43 CE. Initially, they collaborated with the Romans; but there is evidence that by 47 CE they had started to become disaffected. In time this developed into all-out conflict and the Romans' conquest of the Brigantes took decades, and very nearly saw the invaders defeated, according to the Roman historian Tacitus.

It's speculated that Hadrian's Wall was built to stop the Brigantes from forming alliances against the Romans with more northern tribes. It's also said that the Brigantes were behind the notorious disappearance of the entire Roman Ninth Legion.

The job: "We are in a period of growth, with more planned, and development levels are at their highest for some time. We also have a new local plan underway and are looking to recruit a planning policy officer or assistant, depending on experience, to help take this forward.

"The successful post holder will play an important role in the production of the council’s planning policy documents, in particular the emerging local plan. You will get involved in a range of tasks including researching evidence, collecting monitoring data, drafting policy documents, carrying out and analysing the results of public engagement, and sustainability appraisal work." 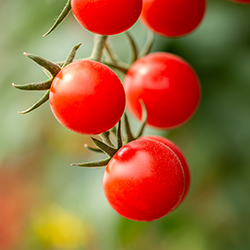 Fun fact: The Blaby Special is a variety of red-fruited tomato grown in the village of Blaby in Leicestershire, England, that was considered extinct until just a few years ago. In the years that followed World War Two, commercial production of the tomato stopped and it eventually became extinct - or so it was thought. In 2006 Dr Alexander Sharp from the University of Lancaster discovered fewer than 20 seeds in a seed bank in the Netherlands. From these he grew the first Blaby Specials for decades and then distributed seeds to Blaby villagers.

But why is this small red tomato that grows in trusses so special? Well, it's an excellent canning tomato - so good, in fact, that under the auspices of Shoults' Tomato Farm it became the main tomato cultivar available in England during World War Two. That is to say, if you ate a tomato during the war, chances are it was a Blaby Special. After the war Shoults' ceased operation and the tomato disappeared. But it's now being grown once again in Blaby.

The job: "If you are interested in enhancing your experience of managing applications for larges cale residential, commercial, retail and leisure developments, then this role is for you. We are seeking an enthusiastic planner to join the council’s development management team. The successful applicant will have the skills and experience necessary to enhance the quality of developments in Broxbourne, working as a case officer for a range of high profile planning applications.

"Following the recent adoption of the local plan, the borough has a number of major developments underway and is anticipating the imminent submission of many more major planning applications." 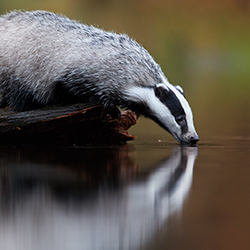 Fun fact: The name of Broxbourne is believed to derive from the old English words 'brocc', meaning badger, and 'burna', meaning stream. So the town's name is literally Badger Stream.

The origin of the town's name is recalled in various ways. The local football team is Broxbourne Badgers Football Club and a badger sits beautifully at the top of the town's crest, a cross in its paws. The council even has its own property arm called Badger BC Investments. There are streets and businesses named after badgers; the hockey club has a badger on its crest - and no doubt there are more than a few badgers living in the surrounding countryside as well (indeed the local Wildlife Trust offers badger watching evenings relatively close by.

The job: "Are you an experienced resource management consultant looking to make the move back to New Zealand?

"We are looking for high-calibre consultants and are seeking expressions of interest from talented resource management practitioners to join our established team.

"Mitchell Daysh is a specialist environmental and planning consultancy with a presence in Auckland, Hamilton, Napier and Dunedin. We advise on some of the New Zealand's most complex planning and resource management issues and are involved with a broad range of high-profile clients." 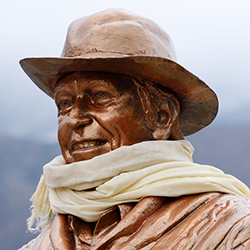 Fun fact: Sir Edmund Hillary, a New Zealander from Auckland, was, along with Tenzing Norgay, one of the first two people confirmed to have reached the summit of Mount Everest. He was also the first person to climb Everest and reach both the North and South Poles. Hillary and Norgay reched the summit of Everest as part of a British expedition led by John Hunt in 1953.

Hillary's appetite for exploration was awakened on a 1935 school trip to Mount Ruapehu when he was 16. From then he took an interest in 'tramping' and wanted to see the world. He would split his time between beekeeping with his father in the summer and climbing in the winter. His first major climb was in 1939, when he ascended Mount Ollivier, a near 2,000 metre mountain near Canterbury in New Zealand.

After service as a navigator in the New Zealand Air Force in World War II, Hillary's climbing became serious and international, leading to the 1953 Everest expedition. His adventures continued with further Himalayan climbs, journeys to the poles, a search for the fabled Yeti and significant support for the Sherpa people of Nepal via the Himalayan Trust. He was also for a time New Zealand's High Commissioner to India and Bangladesh. Hillary died in 2008, aged 88.