Five of the best jobs on Planner Jobs this week. For planners, obviously.

The job: "We have a great opportunity for a talented and experienced town planner to join our well-established planning team in the Cirencester office. We have the flexibility to consider town planners from senior through to associate level as we search for the best candidate to join the Pegasus Group team.

"You will be responsible for providing high quality planning advice to clients in a range of sectors in relation to all aspects of planning policy as well as being involved in the preparation, evaluation and submission of large, complex planning applications.  You will also be involved in advising and negotiating with local landowners, developers and local authorities and preparing evidence and representing the client at planning appeals." 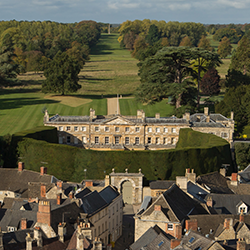 Fun fact: The Bathurst Estate in Cirencester is home to what is generally recognised as the world's tallest yew hedge. thought to have been planted around 1710, the semi-circular hedge is now 12 metres tall, 10 metres deep and around 140 metres long. Its annual trim takes around 10 days and produces a tonne of yew clippings, which are sold to pharmaceutical companies who use extracts to create the chemotherapy drug Docetaxel.

The estate itself is the seat of the Earls of Bathurst and contains numerous grade II listed structures, including the main house. The garden, however, is grade I listed and considered one of the finest landscape gardens in England, with park buildings, walks, seats, grottoes and ruins. It includes Alfred’s Hall, now taken to be the earliest recorded Gothick garden building in England.

The privately-owned estate also includes much of the villages of Sapperton and Coates and lays claim to containing the principal source of the River Thames. It was bought in 1700 by Sir Benjamin Bathurst, a politician, treasurer in the royal household and governor of the East India Company who made his money from buying and selling commodities and people.

The job: "Persimmon Homes Lancashire requires an enthusiastic planning graduate to support the work of the land and planning team. This is an opportunity to get experience throughout the life span of the delivery of residential schemes in a busy commercial environment.

"The successful candidate will initially be responsible for their own programme of smaller planning applications whilst assisting senior members of the team in the formulation and submission of large planning applications to support the continuing growth of the business. As you grow, your role will too." 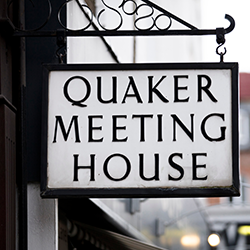 Fun fact: Lancaster Friends Meeting House is the longest continual Quaker meeting site in the world. Built in 1708, with subsequent alterations ad extensions, it is a grade I* listed building. This building replaced an original built in 1677.

George Fox, the founder of Quakerism, was a dissenting preacher who visited the wider location several times in the 1660s and spent two years imprisoned in Lancaster Castle. Fox had been a shepherd and preached simplicity and peace, yet he was a complex and uncompromising man who spent much of his existence in conflict with religious and political authorities (and in prison, it seems).

In 2017, there were 377,557 adult Quakers worldwide, 49 per cent of them in Africa. Among the movement's core beliefs are pacifism, plain dress and teetotalism. Significant businesses founded by Quakers include the confectioner Cadbury, which famously built the alcohol-free Bournville model village in Birmingham for its employees. In 2003, the Joseph Rowntree Foundation reckoned it was "one of the nicest places to live in Britain". Note, Joseph Rowntree was also a Quaker.

The job: "We are looking to recruit a monitoring and enforcement officer who will be responsible for planning enforcement work, investigating and monitoring alleged breaches of planning legislation relating to a variety of sites. In addition, the role will include responsibility for pro-active condition monitoring of general development management sites as well as fee and non-fee minerals and waste sites.

"Minerals and waste and major development sites often have long and complex histories, and attention to detail is vital when monitoring compliance. You will need to be competent in managing challenging and balancing competing deadlines. You will be required on occasion to appear as a witness on the National Park Authority’s behalf at appeals and in court. You may also be required to undertake a moderate planning caseload." 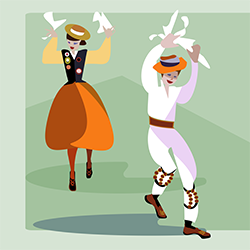 Fun fact: Midhurst in Surrey is where The Knockhundred Shuttles, a Morris Dancing club, was first founded and still performs. Despite its location, the club calls itself a 'North West Morris Dancing club' because it performs the North West Morris, a dance which originated during the 19th century in the industrial north western counties of Lancashire and north Cheshire.
Key to the character of the group is the wooden-soled clogs they wear in order to perform in as authentic a way as possible - which to this correspondent is akin to asking gymnasts to perform in ice skates, but each to their own.

The job: "Having recently completed the new National Design Guide, we are supporting government initiatives such as the High Street Task Force, alongside our design support work for local authorities, universities and developers. You will be working on some of the UK’s most exciting built environment projects, from complex urban regeneration schemes to the UK’s most challenging infrastructure projects to enable and inspire our clients to create and deliver better places.

"You will have passion for inclusive place-making through your experience in architecture, planning, urban design and place-making, the ability to design programmes of support for local authorities, government and private sector clients and the experience of engaging stakeholders in design and disseminating advice." 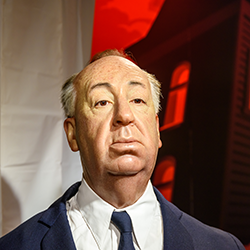 Fun fact: From 1924-49, Hoxton was home to Gainsborough Studios, which produced some of the most popular films of British cinema's golden age, including Oh Mr Porter! and Hitchcock's The Lady Vanishes.

Gainsborough was founded in 1924 as a sister company to Gaumont British, with a remit to produce B movies and melodramas to go alongside the other company's higher quality productions. It became a crucible for emerging British talent, including the director Alfred Hitchcock and actors Margaret Lockwood, James Mason and Stewart Granger.

The studio occupied a former power station in Poole Street, beside the Regent's Canal. It was closed in 1949 and remained mostly derelict in the subsequent decades until clearance began in 2002. The site is now occupied by apartments, called Gainsborough Studios (we don't know whether they're actually studio apartments).

The job: "You will be able to work on a range of prestigious infrastructure projects for our clients in the rail, road, power, water and waste management development sectors, as well as a range of regional/local developments. 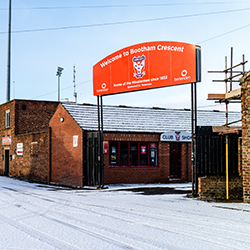 Fun fact: While both Leeds and Manchester United appear to have protected their stadium name 'brand', Newcastle United and Chesterfield have both accepted the cash that comes from renaming their grounds.

But none of the other clubs based in the cities in which these jobs are available have come up with a name as alliteratively satisfying as York City, who for five seasons "plied their trade" at the wonderful 'KitKat Crescent' in a deal brokered with the then local chocolate manufacturers Nestlé Rowntree. Alas, the sponsorship has long since been terminated and only last season the club upped sticks to a new ground called the LNER Stadium. As good a name as 'KitKat Crescent'? Give us a break.