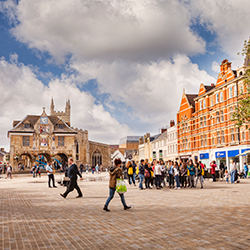 A business park next to Orton Wistow, just outside Peterborough, Cambs.

"Reporting to the strategic growth manager, you will be responsible for using the spatial planning system to represent Anglian Water’s role as an infrastructure provider and the interests of our customers.

"Through establishing and maintaining excellent working relationships with external stakeholders, and across the business, you will represent Anglian Water interests by effectively influencing nationally significant infrastructure proposals, the preparation of local planning policies, including coordinating our responses to local development document and neighbourhood plan consultations."

Anglian Water is one of the UK's biggest water providers, with six million customers and close to 5,000 employees. The firm has just committed to invest £6.5 billion into the region's water and sewage networks.

Peterborough is home to one of the largest populations of Italian immigrants in the UK. The influx from Italy has mainly been the result of labour recruitment in the 1950s by the London Brick Company, which sourced employees from the southern Italian regions of Apulia and Campania.

By 1996, it was estimated that the Italian community of Peterborough numbered 7,000, making it the third largest in the UK after London and Bedford. 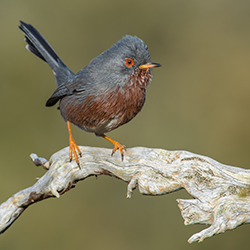 The purpose-built Civic Centre on the fringe of the town centre, by the railway station, in Dartford, Kent.

"We are looking for a multi-talented individual to support the work of the local plans team by identifying infrastructure requirements and connecting with service providers to ensure that developer contributions help deliver the infrastructure we need.

"You will need to have an understanding of planning policy and experience of infrastructure planning. We have strong housing and commercial delivery taking place across the Borough, including at Ebbsfleet and exciting proposals to transform Dartford town centre.  We need an array of infrastructure projects to support this growth."

Dartford is a mid-sized borough in north west Kent and generally considered part of the "contiguous London urban area" (according to Wikipedia). Once a medieval market town, Dartford itself is now regarded principally as a commuter town for London. Though we reckon there must be more to it than that.

The Dartford Warbler is a small, dark brown bird, with a distinctive red eye-ring and cherry-red breast whose population collapsed to just a handful of pairs in the 1960s. It's so-called because it inhabits lowland heathland in southern England and was first noted as a breeding species in Dartford in the late 18th century.

The population has recovered somewhat since the 1960s, though the warbler remains on the Amber List of endangered species. Nowadays, it can be found as far afield as Devon, South Wales and Suffolk. This pretty bird is not be confused with another Dartford warbler, the Rolling Stones vocalist Mick Jagger. 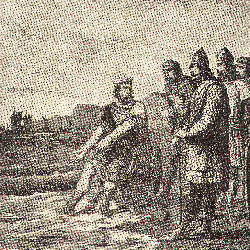 Modern offices within a mixed-use regeneration of a former railway yard in the centre of Gainsborough, Lincolnshire.

"In this newly created role you will lead a programme of strategic planning, plan making and projects that underpins the council’s growth agenda with emphasis on place making our market towns, delivery of our strategic employment sites, enhancing our environment and creating a vibrant rural economy; in addition to delivering a highly effective and customer focused planning service, responsive and pragmatic to a changing environment.

"This is an exciting time for us, and this role is instrumental to us achieving our vision - a strong focus on an “enabling” planning approach and determination to deliver sustainable and inclusive growth to enhance the wellbeing of the district."

West Lindsey is a large, mainly rural district in Lincolnshire with a mid-sized population. It incorporates the market towns of Gainsborough and Market Rasen, as well as numerous villages. Gainsborough is well-located, roughly at the mid-point of Sheffield, Grimsby, Scunthorpe and Lincoln.

King Canute may have performed his famous, unsuccessful attempt to turn the tide back in the River Trent at Gainsborough. In the early 11th century it was a major Viking stronghold, where Canute's father Sweyn Forkbeard defeated Anglo-Saxon resistance to his conquest.

Historians believe that Canute may have selected the site for his demonstration of the fallibility of kings because Gainsborough was the furthest extent of the River Trent's tidal bore. But it may all be a myth - the story wasn't written down until a century or so after Canute's death. 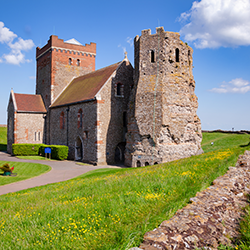 Purpose-built offices in a business park on the outskirts of Dover, on the south coast of England, in Kent.

"As a senior policy planner, you will provide professional planning policy expertise to the council's local plan review, together with the preparation of supplementary planning documents. You will also provide policy input to our housing, infrastructure, and regeneration strategies.

"This is a hands-on role with the ability for the right candidate to be involved in some really unique town planning projects. The senior policy planner will take up the challenge to lead on key studies that will underpin the local plan and be responsible for shaping and creating a new local plan from day one through to the eventual examination in public.

"It is a pivotal time to be joining a forward thinking and friendly team at Dover District Council with major investment driving regeneration, an ambitious house building programme, and transformational master planning for key town centre and waterfront developments that are now coming forward in the district."

Dover is a mid-sized coastal district incorporating the towns of Dover, Deal and Sandwich. Dover itself is a major port, as the new Home Secretary knows well.

Dover contains two of just three surviving Roman-era lighthouses in the world. The five-level, eight-sided lighthouse at Dover Castle is the most complete standing Roman structure in England and has survived numerous renovations and additions throughout history. Its counterpart sits on a corresponding high point - Western Heights - on the other side of the town, which lies in the valley of the River Dour.

The presence of the Roman lighthouses is unsurprising - Dover was an entry point to Britain for the Romans and an important node in the Romans' communications network and the flow of traffic to and from continental Europe. 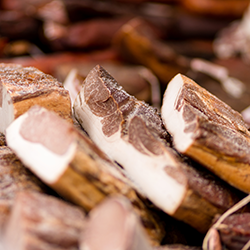 District council offices in the converted, and very beautiful, former Saffron Walden Hospital, on the outskirts of Saffron Walden, Essex.

"Uttlesford has a picturesque rural landscape (with significant development challenges) and we are looking for an experienced senior development management officer or someone who is ready to become a senior planner.

"Key responsibilities will include:

Based in Saffron Walden, Uttlesford is a large, mainly rural district in Essex which nevertheless contains Stansted Airport, the district's major employer.

Great Dunmow, a market town in Uttlesford, is noted for its four-yearly 'Flitch Trials', in which couples must convince a jury of six local bachelors and six local maidens that, for a year and a day, they have never wished themselves unwed. If successful the couple are paraded along the High Street and receive a flitch of bacon (the side of a pig, salted and cured).

Though the custom of flitch trials is considered to be ancient, and is even mentioned in Chaucer's Wife of Bath's Tale, it had actually been lost until locally revived in the Victorian period. This revival was inspired by a book - The Flitch of Bacon - by William Harrison Ainsworth.