The job: "The successful candidate will focus on the planning applications that require Habitat Regulation Assessments due to the phosphate levels in the Somerset Levels and Moors Ramsar. They will be the first point of contact for customers and stakeholders who are seeking to find mitigation to allow their developments to proceed without having a likely significant effect on the Somerset Levels and Moors Ramsar site.

"The ideal candidate will be experienced in development management with an up to date knowledge of national and local planning policy, case law and legislation and an ability to produce well-researched and justified planning reports and pre-application advice." 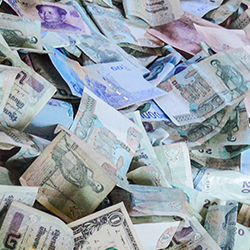 Fun fact: A bank founded in Wellington, near Taunton, was the last private bank in England to issue its own banknotes, which remained legal tender until 1964. Fox, Fowler and Co was founded in 1787 as a supplementary business to the Fox family's main concerns of sheep-herding and wool-making.

At the time, private banks were allowed to issue their own banknotes. In 1844, the Bank Charter Act prevented any new private banks from issuing notes in England and Wales, though existing banks could continue to do so. The number of banknote issuing institutions gradually fell until just the Bank of England and Fox, Fowler and Co remained as issuing bodies until 1921 when Fox merged with Lloyds Bank.

Its notes remained in circulation - and legal tender - however, until 1964. According to Wikipedia, nine are still 'in circulation'. The Fox family's main business continues to this day: Fox Brothers & Co is a clothmaker based in Wellington since 1772 that is now majority owned by Dragon's Den investor Deborah Meaden, who grew up in the area.

The job: "From the Fens in the south to the North Norfolk Coast AONB, there are a diversity of landscapes and rural issues in this large borough. There is also urban regeneration and the need to plan for significant growth in the towns. We need you to help balance the new growth planned for the area, with the preservation of the borough’s unique environment and heritage. Working in our planning control team, you will deal with a range of planning issues and related applications, including urban, rural and coastal planning and we will be keen to develop your skills in these areas." 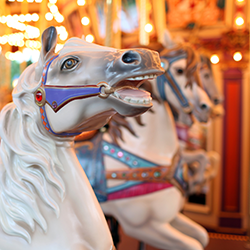 Fun fact: King's Lynn born engineer Frederick Savage was one of the most notable innovators in the field of steam-powered fairground rides during the Victorian era.

In particular, Savage invented the system for running fairground carousels (like merry-go-rounds) with a steam engine at their centre. Through further refinement he was able to create the now familiar falling and rising, pitching and rolling effect that is common to carousel rides.

His path to fairground engineering was hardly a straightforward one: Savage was born into a poor farming family and only sought work outside agriculture when his father was found guilty of poaching and sentenced to 14 years' penal servitude in Tasmania. He became an apprentice to a machine maker and eventually ran his own engineering business (which also produced engines for agricultural machinery).

The job: "London Legacy Development Corporation (LLDC) is the organisation that the Mayor of London has set up to drive the regeneration of the area of east London around Queen Elizabeth Olympic Park. This means that we do many different things, from building new homes, schools, universities, cultural institutions and business premises to managing a beautiful park and fantastic sporting venues, and running community events and sports programmes. 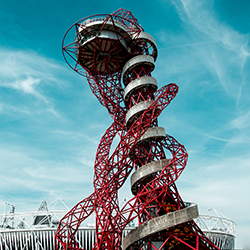 Fun fact: Queen Elizabeth Olympic Park is the major physical legacy of the London Olympics for which the LLDC is responsible. Spread over 226 hectares of former greenfield and brownfield land, it straddles four east London boroughs: Newham, Tower Hamlets, Hackney and Waltham Forest and has its own postcode (E20).

The park contains an impressive mixture of features: sporting arenas that include a velodrome, an aquatics centre and a 65,000 seater stadium now used by West Ham united FC; 10 acres of woods (with 13,000 trees); 6.5 kilometres of waterways; the largest public artwork in Britain; allotments; 3,600 apartments, with several thousand more homes planned over five new neighbourhoods; and a technology hub. It's soon also to be home to a new Victoria and Albert Museum, a new Sadler's Wells Theatre, two higher education campuses and BBC studios.

It's generally considered a big success, although some criticism has suggested that the landscape planning is better than the landscape design - in other words, the planners did a better job than the architects...

"This is an opportunity to shape exciting and significant proposals in the thriving city centre and achieve high quality sustainable development. We are recruiting experienced planners to help us deal with significant and high-profile schemes in Central Leeds, to help facilitate the ambitious growth planned for the city."

"You will gain experience of dealing with a range of planning applications within a diverse local authority area. You will need to be able to demonstrate you have the necessary skills to work in a challenging and busy environment, dealing with schemes through the planning process and delivering timely, high quality outcomes."

"You will deal with a varied enforcement caseload within an area team. The successful candidates will need to be able to demonstrate they have the necessary investigative and people skills to take cases from initial investigation to resolution through appropriate actions, in an outcome focussed environment." 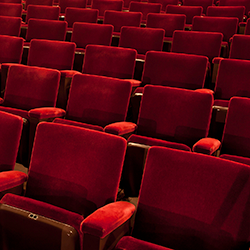 Fun fact: The UK’s last gaslit cinema can be found in Leeds. The Hyde Park Picture House opened shortly before the start of the First World war in 1914, having been built as a hotel in 1906. It's now a grade II listed building.

The first film to be shown at the new 587 seat cinema was Their Only Son, which was billed as a "patriotic drama". With the advent of 'talkies' in the 1920s, the cinema was converted for sound. It closed twice in the 1950s and early 1960s (once functioning as a bingo hall) but was reopened as a cinema after each closure. Since 1984, it has been looked after by a charitable company and the local authority.

Aside from remaining gaslit, the cinema retains many original features, including an external ticket booth, decorated barrel-vaulted ceiling and balcony adorned with a frieze of plaster festoons, brackets and shields.The gas lights themselves are 'modesty lights' designed to prevent the auditorium from plunging into total darkness during screenings.

The job: "As part of the development management team, you will get the opportunity to further your knowledge of the planning and development control process and gain experience in dealing with a range of planning applications. This will include the opportunity to be involved with major housing schemes. The district is also home to a significant number of listed buildings and an international airport and will give you diverse experience.

"We are looking for people with good organisational and time management skills, combined with excellent verbal and written communication skills and a commitment to customer care. You will also have the ability to read plans and drawings and prepare and present information effectively in writing and orally." 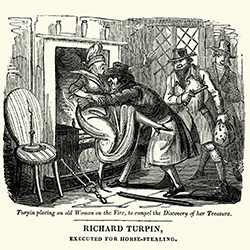 Fun fact: Notorious - and much mythologised - 18th century highwayman Dick Turpin was born at the Blue Bell Inn in Hempstead within the district of Uttlesford, in 1705. It's thought that Turpin initially followed his father's trades as an innkeeper and butcher and by the 1720s had his own butcher's shop  in Buckhurst Hill, Essex.

By the 1730s he was involved with a gang of deer poachers from Waltham Forest, probably as the outlet for their stolen meat. From this point his involvement in crime deepened, to involve burglary, often accompanied by violence, highway robbery and, eventually, murder.

He was caught in 1738, charged and convicted of horse theft, for which the penalty was hanging. Turpin was actually a little known figure until his life and (largely fictionalised) exploits were colourfully described in William Harrison Ainsworth's 1834 novel Rookwood in which he was portrayed as a charming and reckless renegade. He has subsequently been immortalised in popular culture in books, plays and films, including the comedy Carry on Dick.