A round-up of the best, most interesting or unusual jobs on Planner Jobs this week. 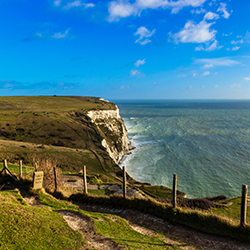 1. A WALK ALONG THE SHORE

The Civic Centre - purpose-built offices between the town centre and the station in Folkestone, Kent.

"As one of our principal planners you’ll play a vital role in achieving our future goals through the case management of complex applications, providing guidance to the wider team and mentoring more junior officers. From sensitive developments in conservation areas to large scale seafront regeneration you’ll be engaging with the wide range of unique challenges and opportunities our district has to offer.

"We have a range of exciting and ambitious major projects coming forward, which include a brand-new garden town settlement at Otterpool Park and the regeneration of Folkestone town centre, harbour and seafront."

Folkestone, on England's south coast, is a mid-sized port town less than an hour from London by high speed rail and 35 minutes from France. Folkestone and Hythe District encompasses a swathe of Kent coastline and includes a number of coastal settlements as well as inland villages reaching into North Downs.

The Saxon Shore Way is a 163-mile footpath that traces the shoreline of Kent as it would have been in the late Roman/early Saxon period. Opened in 1980, the path starts in Gravesend in northern Kent and follows the line of Roman fortifications built to protect the shore from Saxon incursions in the dying days of Roman Britain. It passes through Folkestone en route to its finish at Hastings in East Sussex and takes walkers via ancient forts, modern towns, nature reserves and coastline.

Long sections of the path, surprisingly, are some miles inland - neither the North Kent Marshes nor Romney Marsh were in existence in the 4th and 5th centuries AD. The Saxon Shore Way is the the only long distance footpath that comes through Folkestone: The North Downs Way, from Farnham to Dover is a mere stroll at 153 miles  in length. 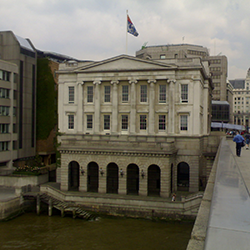 2. A CHANGE OF LIVERY

The City of London Corporation is based in the Guildhall (in the City, of course), which is on the site of what was once a Roman amphitheatre.

"We are looking to appoint a planning officer on a fixed term contract for 18 months to work within the team to help us progress the City of London’s local plan review and to assist with a range of other policy and strategy work.

"The City Corporation adopted its local plan in 2015 and is now undertaking a full review to take the City’s planning and placemaking framework forward to 2036 in the context of the London Plan review and the National Planning Policy Framework (NPPF).

"You will be part of a team of four planning officers working under the guidance of the development plans team leader on the local plan review and will take responsibility for specific planning policy areas."

The City of London is known for its livery companies - ancient and modern trade associations which have developed over many centuries to protects standards and practices in traditional city trades.

There are now more than 100, arranged hierarchically, some of which still exercise powers of regulation, inspection and enforcement, while others are awarding bodies for professional qualifications. Some represent trades that barely exist now (girdlers) but maintain ceremonial and charitable functions.

The traditional hierarchy puts Mercers (general merchants) at the top of the pile, followed by Grocers, Drapers and Fishmongers (The Fishmongers Hall is pictured). But the modern list includes such trades as architects, information technologists and chartered surveyors. There is no livery company for planners, however. 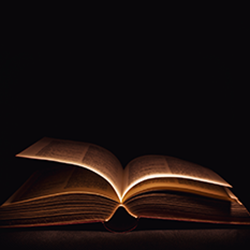 Modern offices on the outskirts of Swindon town centre, between the theatre and the gym.

"Swindon Borough Council is preparing a new local plan which will shape the development of the borough over the next 20 years. We are looking to recruit a deputy service manager to take a leading role in shaping the plan.

"You will be coming in early in the process and will have the opportunity to put your stamp on the new plan. You will also manage the planning policy input on planning applications at key development sites and will be expected to represent the council at planning appeals."

A populous district in the north east corner of Wiltshire, the borough is centred on the the town of Swindon but encompasses rural villages and a chunk of the Chiltern Hills AONB. It's about 35 miles east of Bristol and the same distance west of Reading.

Swindon was, apparently, home to the UK's first lending library. The library was created by the Mechanic's Institute, which formed in the town in 1844 at a time when it was a hive of engineering activity centred on the Great Western Railway.

In keeping with an age of growing social consciousness, the Institute took a hand in 'improving' its workers with lectures, books, theatre and a range of other educational activities. The institute also nurtured trades unionists and encouraged local democracy. 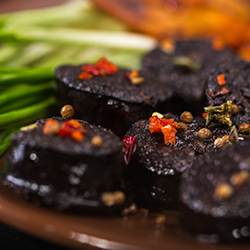 Bury Town Hall, a large traditional town hall on the other side of a ring road from Bury town centre. In Bury, Greater Manchester, Lancs.

"Principally, the successful candidates will be responsible for a wide range of duties associated with the preparation of the Greater Manchester Spatial Framework, the Bury local plan and other associated planning policy work.

"These are exciting but challenging opportunities within the council’s strategic planning and economic development team for two enthusiastic, hard-working and well organised planners to work within the development plans unit.

Bury is a large town and borough within Greater Manchester that was once a thriving textiles producer at the  height of the industrial revolution. It has undergone substantial change in the last half century and is nowadays a busy retail centre and a major commuter town for Manchester.

Bury is famous for its black pudding and the local market - dotted with black pudding stalls - attracts up to 1,000 coachloads of visitors a year. The black puddings are a major draw, and The Bury Black Pudding Co continues to provide the delicacy to to retailers such as Harrods.

Black pudding, for those who don't know, is a type of blood sausage made from pork blood, with pork fat or beef suet, and a cereal, usually oatmeal, oat groats or barley groats. The high proportion of cereal, along with the use of certain herbs such as pennyroyal, serves to distinguish black pudding from blood sausages eaten in other parts of the world. 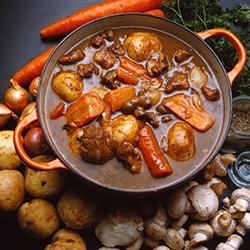 Shiny offices at Pierhead on Liverpool Waterfront, close to the Museum of Liverpool and within sight of the famous Liver Building.

"This is a great opportunity to work on a pioneering sub-regional spatial plan which will shape future development throughout the Liverpool City Region, with core goals of economic inclusion, social value, addressing health inequalities and meeting the challenge of climate change following the combined authority’s recently declared climate emergency.

Liverpool itself needs no introduction - it's one of the great British cities that at one time rivalled London for wealth and scale of commerce. After hitting the doldrums in the post-war years, the city is on the up and is once again a great place to live and work.

Natives and residents of the city of Liverpool are often referred to as Scousers, a reference to 'scouse', a type of lamb or beef stew.

The word in fact comes from "lobscouse", a stew commonly eaten by sailors throughout northern Europe, which became popular in seaports such as Liverpool. Its first use is dated 1706 and its roots are unknown - but, tellingly, several other countries around the North Sea use an almost identical word to refer to very similar dishes. Norway, for example, has "lapskaus", Sweden "lapskojs", Denmark "skipperlabskovs" and Germany "Labskaus".

Apparently, 19th-century sailors made lobscouse by boiling salted meat, onions and pepper, with ship's biscuit used to thicken the dish. It remains popular in Liverpool and is commonly served with pickled beetroot or pickled red cabbage and bread.