It’s the Friday Five: five planning jobs, on a Friday. There is some kind of logic to all of this.

The job: "Abergele Town Council are seeking to appoint a focused and enthusiastic individual to work as part of a small team. A good standard of education, graduate/NVQ level 5 or equivalent Knowledge or experience in managing community facing projects is essential. You will need to apply project management techniques. The ability to communicate in Welsh is desirable." 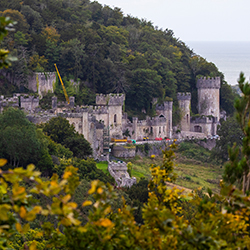 Fun fact: Gwrych Castle in Abergele is a grade I listed 19th century country house that has been through  variety of ups and downs despite its relatively short history. It was built between 1810 and 1925 by Lloyd Hesketh Bamford-Hesketh in memory of his ancestors, the Lloyds(Llwds), who had basically owned Abergele for about a thousand years.

Since then it's been offered as a gift to George V, owned by the Venerable Order of St John and the 12th earl of Dundonald (not at the same time), used as safe haven for Jewish children rescued from the Nazis, opened to the public as a visitor attraction, been a training base for world middleweight champion boxer Randolph Turpin and bought by an American businessman Nick Tavaglione, on the promise of restoring the castle to its former glory Unfortunately he did not and it fell into a state of terrible disrepair.

In 2018, the castle was bought by the Gwrych Castle Preservation Trust with the aim of restoring and preserving the castle for Wales and its people. In August 2020 it was used as the venue for I'm a Celebrity...Get Me Out of Here!

The job: "We need an experienced economic development professional with good knowledge of policy and effective practices to play a key role in our economic development team and drive forward delivery. This work involves negotiation on behalf of the council, working outside established policy and procedures, together with developing strategy and working with others in ways that deliver the council's aims. You will need the presentational and influencing skills to represent the Council at a senior level with businesses, politicians and partner organisations. 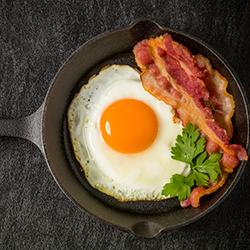 Fun fact: Selby was the birthplace, in 1968, of Woods Hutchinson, who went on to become a prominent English American physician and health writer and determined opponent of vegetarianism and breakfast cereals. He had some fairly extreme ideas about meat-eating and its relationship with cultural and racial dominance.

His view  about vegetarianism was based on his belief in a form of eugenics that espoused the importance of animal protein in the human diet. Basically, Hutchinson believed that vegetarianism made people weak (physically and mentally) and was therefore a threat to civilisation. In his book Instinct and Health he even wrote: "it may be stated that vegetarianism is the diet of the enslaved, stagnant, and conquered races, and a diet rich in meat is that of the progressive, the dominant, and the conquering strains". Nothing to worry about there, then.

He was such a protein fundamentalist that he even opposed eating cereal for breakfast, instead advocating a hearty bacon and egg meal to start the day - with white bread, not brown, since brown bread was apparently less nourishing and irritable to the bowels. The fact that the complete opposite has been proven to be true should give pause for thought when considering all of his ideas and not just his bread prejudice.

John Harvey Kellogg, of Kelloggs breakfast cereals fame (so he had some skin in this particular game) and advocate for vegetarianism and a low-protein diet, described Hutchinson as a "beef drunkard and propagandist of the most pronounced type". Sounds about right.

The job: "We are seeking to add to our experienced and established team of Planning Managers to help deliver our high quality statutory and strategic planning functions predominantly within the North West. This will include fulfilling our role as a statutory consultee relating to the protection of playing fields and combining strategic planning and development management skills with specialist guidance and tools to help ensure that the planning system provides environments and places that enable people to benefit from sport and physical activity.

"Our role in the planning team is about creating active environments. We are looking for a person who is a chartered member of the RTPI and has experience of working in a local planning authority or planning consultancy in such areas as policy development, urban design and/or development control (planning applications." 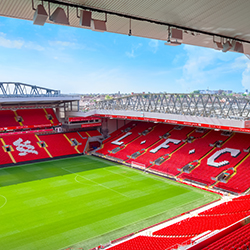 Fun fact: Football clubs from the North West have been the most consistent winners of the top division since the inception of the Football League in 1888.

As either Division One (1888-1992) or the Premier League (1993-the present), the competition has been held on 122 occasions. Teams from the North West have been champions 62 times - more than half , despite the region being just the third most populous part of the UK after Greater London and the South east. To be fair, most of these victories have come from just two clubs - Manchester United (20) and Liverpool (19). But even so.

The job: "We are seeking 2 x planning officers to join our successful team to deal with a range of planning applications within a diverse local authority area.

"The successful candidates will have responsibility for case-managing and determining a range of planning applications to delivery timely and high quality outcomes, providing constructive pre-application planning advice, dealing with planning appeals, and assisting members of the public with general planning queries." 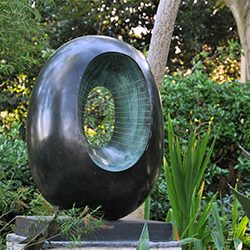 Fun fact: Pioneering Modernist sculptor Barbara Hepworth was born in Wakefield in 1903, though she made her name as part of the St Ives school of artists in the First and Second World Wars, along with Ben Nicholson and Naum Gabo.

Following training at Leeds School of art, she attended the Royal College of Art in London and continued her studies in Italy on a West Riding Travel Scholarship. Her early work displayed an interest in abstraction, but she really developed the Modernist style in sculpture - alongside Henry Moore - after meeting fellow British artist Ben Nicholson.

She and Nicholson moved to St Ives, Cornwall, on the outbreak of the Second world War in 1939, and she worked there until her death in 1975. She sculpted in stone and wood and later in bronze and clay, creating large abstract forms that are tactile and evocative. The sculpture garden at her former home in St Ives is well worth a visit should you ever find yourself in Cornwall.

The job: "We are looking for a highly accomplished, ambitious and determined chartered town planner to join the growth directorate’s leadership team. You will provide effective leadership and operational management of development management, planning support, local plans, transport planning, building control and the GM ecology unit. You will have either extensive experience of Development Management and major applications or senior level local plan expertise. You will provide senior level input to the Greater Manchester ‘Places for Everyone’ Plan and progress our local plan from inception through to examination in public. You will be a project sponsor on regeneration and development programmes.

"If you have a development management background, you will bring expertise and experience of major planning applications which facilitate large-scale regeneration and major development programmes, in support of economic and housing growth. You will champion high quality design and have an excellent track record of working in partnership with external bodies, local and national organisations and central government departments. You will provide supportive and motivational leadership, manage multi-disciplinary teams and have the ability to manage cross-directorate and corporate work programmes." 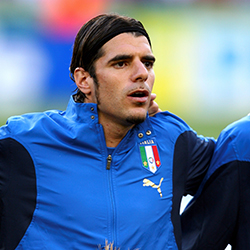 Fun fact: A triple sculpture in Ashton under Lyme (within Tameside) commemorates the three FIFA World Cup winners born in the Tameside district. Two are very well known and legends of English football - Geoff Hurst and Jimmy Armfield. The third didn't even play for England.

Simone Perrotta was born in Ashton in 1977 - in the same hospital as Geoff Hurst - and lived in the town until he was five, when his parents returned to their home town Cerisano in Italy. He showed promise as youth playing for Reggina and spent a short time at Juventus, before playing for Bari and Chievo. But it was at Roma that he made his name as an energetic midfielder and with whom he won the Coppa Italia twice, in 2007 and 2008.

Eligible to play for both Italy and England, Perrotta understandably chose Italy and won the 2000 under-21 European championships with his country before representing the senior team 48 times between 2002 and 2009. This included the 2006 World Cup, won by Italy, in which he played every game. Forza Perrotta!