Five of the best jobs on Planner Jobs this week. And some facts.

The job: "The role is in the strategic growth team, the city council’s highly experienced multi-discipline team charged with driving forward the city’s ambitious growth agenda through great partnership working and proactive planning.

"As one of the more senior planning officers in the team you will coordinate the planning process and the delivery of some of the city’s most important development projects. This includes the opportunity to work on such projects as new mixed use communities, coordinating delivery of new major commercial centre in Derriford and major waterfront and city centre regeneration schemes." 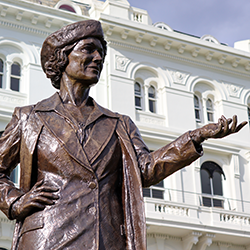 Fun fact: On becoming MP for Plymouth Sutton in 1919, Nancy Astor became the first woman to take a seat as an MP, and just the second woman to be elected (after Constance Markievic who, as an Irish Republican, refused to take her seat). Lady Astor, a Conservative, remained MP for the constituency until 1945.

The seat had previously been held by her husband, Waldorf Astor until he was elevated to the peerage and entered the House of Lords. Born Nancy Shaw in Virginia in 1879, Astor was an American citizen who moved to England at the age of 26. She was a mass of contradictions - zealously religious and pro-temperance, yet a socialite noted for her sharp and often scathing wit (particularly in a number of famous exchanges with Winston Churchill, who she often bettered); socially conservative, accused of being out of touch and bigoted, and yet a great promoter of women's rights and empowerment.

The job: "We are looking for a senior level planner with substantial experience in development management who can deal with a range of different application types of varying complexity. If you have the drive to embrace the exciting challenges of this busy shared planning service, there is no better place to develop your career.

"This is an exciting time to work with one of the largest shared planning services in the country and in the dynamic areas of Cambridge and South Cambridgeshire. What sets us apart from other organisations is our range of projects, including meeting the planning needs of Europe’s most important biotechnology cluster, regeneration schemes providing new low carbon districts and developing the first joint Local Plan in an area that has the fastest-growing city economy in the country." 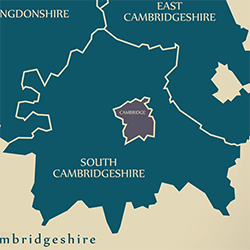 Fun fact: South Cambridgeshire has the only Dutch motto in British civic heraldry - Niet Zonder Arbyt, meaning Not Without Work. It was originally the motto of Sir Cornelius Vermuyden, a Dutch civil engineer who drained the Fens in the 17th century.

Born in 1595 in Zeeland, Vermuyden trained in the Netherlands as an engineer, learning Dutch techniques for controlling water and draining marshland. From 1621, he worked in England, to which he introduced Dutch land reclamation methods. His first projects were on the river Thames, where he reclaimed what is now Canvey Island in Essex.

Vermuyden was later commissioned to drain Hatfield Chase in Lincolnshire and then began working in and around the Fens of Cambridgeshire. This culminated in his large scale Fen drainage project that took place around the Civil War, installing drains, sluices and washes over some 95,000 acres to make it mare habitable and better suited to agriculture. Some aspects of Vermuyden's original plans were not completed until the 1960s. He died in 1677.

The job: "An exciting opportunity to join Barron Edwards, a growing planning and architectural practice in North West Kent who are seeking a planning consultant / town planner. We are a residential led practice and our projects range across the spectrum from innovative new residential schemes to smaller residential and householder schemes.

"An added benefit to this role is that you will be joining a small but fast expanding business which is always great for career progression and the opportunity to work comprehensively on various projects. You will be working alongside a growing team of planners and architects. However, you will need to be able to work on smaller projects independently." 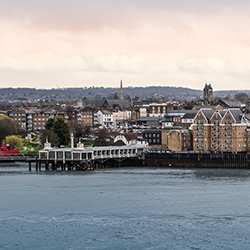 Fun fact: Gravesend Town Pier, built in 1834, is the oldest surviving cast iron pier in the world. It's also the first known to have used iron cylinders in its construction and occupies the same site as the original town quay mentioned in the Domesday Book.

On opening, it became a hub for steam packet cruises upriver to London and in its first eight years was used by more than three million passengers. Its use declined with the advent of the railways, however, and the pier itself fell into gradual neglect.

In 2000, it was bought by Gravesham Council and extensive restoration began. Nowadays it features a bar and restaurant and a pontoon which allows small and medium-sized craft to land at the pier once again - including the Tilbury Ferry.

The job: "We are looking for an exceptional candidate to fill a Senior role within the information and planning obligations team. Although S106 experience would be beneficial, the key focus of this role within the team is the administration of community infrastructure levy. If you have a wealth of knowledge and experience in all aspects of CIL administration we would like to hear from you.

"You will be able to demonstrate aptitude in dealing with complex cases and be adept in coaching and supervising CIL officers in processing casework, trouble-shooting and meeting targets." 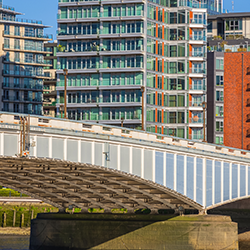 Fun fact: Wandsworth Bridge has been described by some (but not us, of course) as London's most boring bridge. An unadorned steel cantilever structure, it was opened in 1940 and painted a dull blue colour as a camouflage against air raids. The colour scheme remains today.

Its simplicity/dullness is also exacerbated by the fact that Wandsworth Borough is home to eight bridges across the Thames, including such handsome and ornate structures as the Albert Bridge, Chelsea Bridge and Battersea Railway Bridge. Wandsworth Bridge pales by comparison.

Yet it's one of the busiest crossings in London, carrying more than 50,000 vehicles daily. Its utilitarianism is its strength.

The job: "How can we build the homes we need, while protecting the countryside and the wider environment for future generations? We live in times of unprecedented development pressure and with far reaching reforms to planning law and policy expected to follow the 2020 Planning White Paper.

"Could you be the person to help CPRE the countryside charity get better planning policies and decisions for the good of rural communities, the countryside and our climate? An exciting new opportunity has arisen for a spatial planning lead to support our work on influencing the planning system at a national level, research how the planning system is working at the local level and providing planning advice to our network. The position reports to the head of land use and planning." 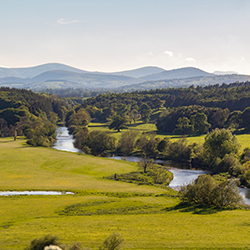 Fun fact: CPRE, the countryside charity, was founded in 1926 as the Council for the Preservation of Rural England by none other than one of English planning's greats, Sir Patrick Abercrombie. Abercrombie created the organisation to battle against urban sprawl and ribbon development.

Its founding followed the publication of Abercrombie's The Preservation of Rural England and its first meeting, held at RIBA's offices, was addressed by future Prime Minister Neville Chamberlain. Alongside ribbon development, the early CPRE began arguing the case for protecting areas of England's most beautiful countryside, and for setting up green belts to preserve the character of towns and give town dwellers easy access to the countryside. It's considered to have been influential in the Town and Country Planning Act 1947 and the National Parks and Access to the Countryside Act 1949.

Having been though several name changes (including the Campaign to Protect Rural England), the charity is now known simply as CPRE. It has 40,000 members and recent presidents have included Prunella Scales, Bill Bryson and Andrew Motion.