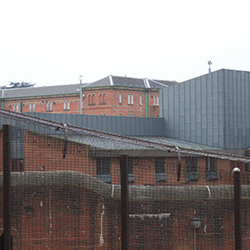 Principal/associate planner, ET Planning (https://www.etplanning.co.uk/), a small and growing consultancy based in Crowthorne, Berkshire, that works throughout the Thames Valley and west London.

An office in a residential area just down the road from Crowthorne station.

"You will be managing client relationships over the phone, by email and in face to face meetings. Typical tasks will also include preparing fee quotes, project managing the preparation and submission of planning applications, pre-apps, appeals and local plan consultation comments. You will also be writing professional planning appraisals of sites, writing professional reports as well as peer reviewing and checking the work of other members of the team.

"The role will include dealing with local planning authorities after the submission of applications and pre-applications to lobby and negotiate positive outcomes. The post holder will be expected to act as a professional witness an appeal Hearings and Inquiries, as well as attending court proceedings and tribunals to represent clients when necessary

"This is a fantastic time to join a fast growing planning consultancy at an early stage, offering unparalleled opportunity for you to progress you career in a dynamic and forward thinking planning practice."

A large village in Berkshire a few miles south west of Bracknell, Crowthorne is perhaps best known as the home of Wellington College and Broadmoor Hospital (can you guess what the fun fact will be?).

Opened in 1863 as the Broadmoor Criminal Lunatic Asylum, Broadmoor is a high security psychiatric hospital that has - notoriously - housed some of Britain's most dangerous criminals. Beyond the lurid headline, however, there are many moving human stories associated with the hospital.

One of the finest of these, is that of Dr W C Minor, also known as 'the surgeon of Crowthorne'. Minor was an amateur lexicographer who, while incarcerated, became one of the most prolific contributors to the first Oxford English Dictionary via correspondence with the dictionary's editor Sir James Murray.

The tale is beautifully told in Simon Winchester's 'The Surgeon of Crowthorne: A Tale of Murder, Madness and the Love of Words'. A film version - The Professor and the Madman, starring Mel Gibson - was released this year. 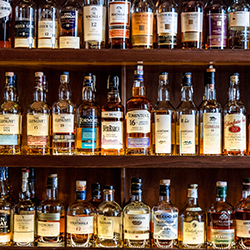 The brutalist and rather handsome council offices in Stornoway, the Outer Hebrides' main settlement in Lewis (the northernmost island). In the Outer Hebrides, obviously, which is the furthest of the Hebridean island groups off the north west coast of Scotland.

"Working within the communities department, you will be required to provide professional planning services to fulfil statutory planning duties and related tasks. This post, within the Development Management team, offers opportunities for excellent planning experience dealing with a wide range and variety of development types across a diverse environment."

The Outer Hebrides are a collection of islands of various sizes off the north west coast of Scotland. They are characterised by hills, cliffs and lochs, long sandy beaches, large moorlands and an abundance of wildlife that is hard to see elsewhere in the UK (think golden eagles). Just 27,000 people live on the islands, 21,000 of them in Stornoway alone. The islands are rugged, isolated and beautiful, with a mild but wet and windy climate, low crime rates, good schools and a lively cultural scene. They have also been the location of Scotland' largest community buy-outs, meaning that more than two-thirds of the population now lives on community-owned estates.

Yes, your author is a fan!

The classic 1949 Ealing comedy Whisky Galore! is based on real events that took place in the Hebridean island of Eriskay during World War II. In February 1941, the SS Politician, a cargo ship, ran aground off the coast of Eriskay. Its cargo included 22,000 cases of malt whisky and £3 million worth of Jamaican bank notes.

Islanders raided the wreck continuously for whisky, playing a game of cat and mouse with customs and excise inspectors. Several islanders were arrested and some imprisoned. Bottles of whisky continued to show up in hiding places on the island for years afterwards.

The events were dramatised first as a book by Compton Mackenzie and and then a film, both of which put a humorous, anarchic spin on the story. Whisky Galore! remains on elf Elating Studios' best known and most loved films, from a golden age of British cinema. 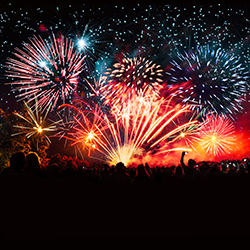 3. LOST IN MUSIC. AND FIREWORKS.

Either Bootle or Southport (We're not sure - sorry!).

"You will have responsibility and accountability for the leadership of the key planning and building control functions, within the economic growth and housing service. This is a challenging, exciting and rewarding role, working within an exceptionally diverse borough. Sefton’s local plan was adopted in 2017 and delivery progress is well advanced. Nevertheless, there are many opportunities to make a considerable difference to the quality of life of Sefton residents and to make positive contributions to the local economy, as well as stewarding our much-cherished local environment.

Southport, aside form being a lovely seaside town and the location of Royal Birkdale gold course, is also home to the annual British Musical Fireworks Championships. Held in Victoria Park over three nights on the last weekend of September, the championships is a 'pyromusical' contest that challenges competitors to create the most spectacular and well-choreographed blend of music and fireworks. does what it says on the tin.

Around 10 tonnes of fireworks are used in seven displays each year, with around 2 tonnes of explosive material. Past competitors have set their 15 minute displays to music that ranges from Eye of the Tiger to The White Cliffs of Dover. Bonkers. 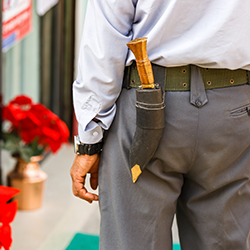 4. A TOUCH OF NEPAL IN SOUTHERN ENGLAND

Modern council offices between the town centre and the airport in Farnborough, Hants.

"The role will encompass reporting and presentation to the council’s development management committee, and line management and mentoring of two or three other staff members.

"We have a newly adopted local plan and as an organisation we are presiding over and facilitating an ambitious programme of regeneration projects. Your ability to take the initiative in problem solving complex issues, managing your own workload and meeting deadlines will be fundamental.

"A significant new development of nearly 4,000 new homes has commenced on surplus Ministry of Defence land, plus large town centre regeneration schemes across both Aldershot and Farnborough make this an exciting and attractive place to live and work outside of London."

A relatively small but populous borough, Rushmoor covers the towns of Aldershot and Farnborough. Farnborough is known for its biennial air show and Aldershot as being the home of the British Army. Aldershot, while still a strongly military town, is also re-establishing itself as a commuter town (parts of Aldershot Military Towns are being redeveloped). Farnborough is steeped in aviation and continues as a centre for the aerospace industry. Both are within 30 minutes of London by train.

Known by some locals as 'Little Kathmandu' (according to the Daily Telegraph), Aldershot has become home to thousands of former Gurkha soldiers and their families, following a settlement agreement with the British government in 2009. Nepalese now make up around 6.5 per cent of the borough's population, many street signs in Aldershot are in Nepalese, and many shops and businesses are run by Nepalese immigrants.

Gurkhas have been an integral part of the British Army for almost 200 years, having first been recruited by the East India Company in 1816. They have lost more than 50,000 men in combat, and received 26 Victoria Crosses (13 to Gurkha soldiers and 13 to British soldiers serving with them). 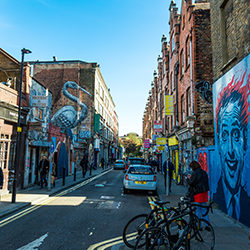 Currently Mulberry Place Town Hall, an 80s style office block in the eastern part of the borough near Canary Wharf. But work is about to start on a new HQ on the site of the former Royal London Hospital in Whitechapel.

"By joining the existing development viability team, your input will help shape the future of Tower Hamlets and will play a vital role in maximising the delivery of affordable housing in the borough. Working in one of London’s most diverse planning departments, you will engage in a variety of important, interesting development projects and programmes with your colleagues, managers and external viability expertise.

"The council is committed to maximising the benefits that come with new development, such as affordable housing and infrastructure enhancements. The economic viability of development has become an important consideration as part of the planning system, both in terms of plan-making and when determining planning applications. To ensure Tower Hamlets is best placed to address matters relating to development viability, the Council has implemented a dedicated team to provide viability advice to the planning and building control service."

Tower Hamlets covers much of what we think of as the traditional East End - Stepney, Poplar, Mile End, Whitechapel, Bethnal Green, the Isle of Dogs (including Canary Wharf, of course). It's small in scale but very populous and incredibly diverse, socially, economically, ethnically - and in terms of the built environment. Traditionally the location where  new waves of immigrants arrived and first settled in the capital, it has a deep, colourful, highly political and contentious history, making it one of the most interesting places to work in the UK.

Where do you start? One of its famous streets, Brick Lane, contains the borough's history in miniature. Its name derives from brick and tile manufacture starting in the 15th century using the local brick earth deposits. This was followed by brewing and then costermongering in the 17th century as the street became the home of French Huguenots fleeing persecution, who developed the silk weaving industry in nearby Spitalfields.

In the 19th century Irish migrants settled in the area, followed by Ashkenazi Jews who brought with them haberdashery and tailoring as trades. The Jewish community was also given special dispensation to run markets on Sunday, and so Petticoat Lane and Columbia Road markets were born.

The street retained something of its Jewish character until the late 20th century and an influx of Bangladeshi immigrants. Tower Hamlets is now home to a large Bangladeshi population and Brick Lane itself is often referred to as Banglatown. It's also become a creative and student centre and continues to be a lively and diverse street hundreds of years after the first overseas arrivals settled there.