The job: "Working as part of a friendly team on a wide variety of complex projects, you’ll be based in our Buckinghamshire offices, where you’ll undertake hands-on-training and development to gain an overall understanding of how our planning processes work. Throughout your time here, you’ll develop skills which will help shape your career as a Planner, including commercial awareness, great customer service skills and the legislation and regulations expertise required to excel in your profession.

"As you grow with us, you’ll start dealing with more specialist planning applications and will assist with public inquiries, informal hearings and prosecutions." 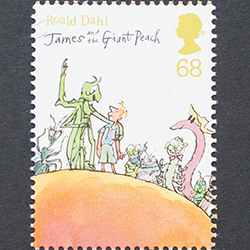 Fun fact: Each year in early July, Aylesbury (Buckinghamshire's county town) holds a Roald Dahl Festival in memory of the author, the centrepiece of which is a parade along with high street featuring giant versions of his most popular characters. Aylesbury is the location for the festival on account of Dahl having lived in nearby Great Missenden from 1954 (he was actually born in Cardiff in 1916 to Norwegian parents and was named after the great Norwegian explorer Roald Amundsen).

The author died of blood cancer in 1990. His funeral was an interesting affair which, according to his granddaughter, was "a sort of Viking funeral". Dahl was buried with his snooker cues, some very good burgundy, chocolates, HB pencils and a power saw.

The job: Natural England is the government’s adviser for the natural environment in England, and helps to protect and restore the natural world. 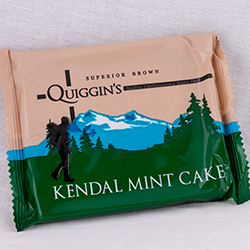 Fun fact: Kendal Mint Cake, a popular energy food among climbers and mountaineers, is indeed named after the Cumbria town of Kendal where it was first produced. the story goes that its creation was the result of an accident.

In 1869, Joseph Wiper married into the Thompson family of confectioners, based in Kendal. While making a batch of clear glacier mints, he loft the solution overnight and found in the morning that it had turned cloudy and solidified - thus 'mint cake' was born.

Like Lucozade (covered in Friday Five a couple of weeks ago), Kendal Mint Cake is just flavoured sugar. But the product was cannily marketed as an energy food at time of great expeditions. Indeed, it was taken on Ernest Shackleton's 1914-17 Imperial Trans-Antarctic Expedition as an energy snack, which led to its international popularity. It remains popular today.

The job: "Publica (a joint planning service operated by four councils) is seeking to recruit a part-time planning officer to play a key role in delivering the development management functions of the planning section. The post holder will handle a varied case load of planning applications and pre-application enquiries.

"This role is covering the Forest of Dean District, a unique area on the border of England and Wales incorporating a National Forest Park and a location with easy access to the Midlands, Wales and the South West" 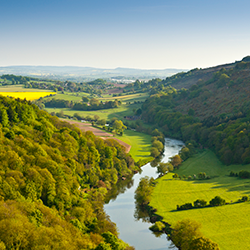 Fun fact: the Forest of Dean is the only place in Britain where 'freeminers' are allowed to mine for coal and iron on personal plots, known as 'gales'. This right can be formally traced back to 1610, but has existed for much longer, and is regulated in large part by the Dean forest Mines Act of 1838. When the British coal industry was nationalised in 1946, the act of Parliament specifically exempted the forest of Dean in recognition of the rights of freeminers.

Currently there are around 150 licensed freeminers in the Forest, although only a handful of collieries are operating – some benefiting from tourism and expansionist ochre mining.

The job: "We are looking for a Planning Officer to join us for a maternity cover contract of up to 12 months and support the National Park’s development management activities.

"This is the ideal role for a planning professional with a government or public sector background to advance their career with our culturally and environmentally significant organisation.

"We take responsibility for the breath-taking Dartmoor National Park which has inspired novels, music, television, movies and the arts and we take this seriously. Your role will be of key importance to the success of our planning activities and you will be involved in all aspects of our planning work from review and investigation through to hearings and enforcement." 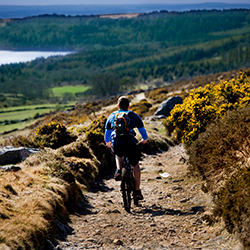 Fun fact: Bovey Tracey is the starting point for the annual Dartmoor Devil, a 100 kilometre 'audax' bicycle ride over challenging train that includes more than 2,000 metres of climbing.

The ride is actually classed as a particular form of audax known as a 'Brevet populaire'. To understand this, you need to know a little more about audax, a term that describes a long (usually 200km+) group ride over a set route against the clock under rules formalised in 1904 by Henri Desgrange, who had founded the Tour de France the previous year. Successful riders would be awarded a certificate known as a 'Brevet d'Audax' – audax meaning 'audacity'.

Subsequent variations on the rules gave rise to the 'randonnée' or simply 'brevet' , an audax in which riders could ride solo, rather then as part of a group, and would prove they had undertaken the journey as prescribed by having a card – a 'brevet' – stamped at certain places en route. A 'brevet populaire' is a short brevet of less than 200km. the longest regular randonnées include Paris-Brest-Paris (1200km) and London-Edinburgh-London (1400km), each of which is held every four years.

The job: "This is more than a world-class training scheme with professional qualifications, it’s also a permanent job that gives you a market-leading salary, benefits and endless opportunities for learning, development and progression. You’ll work with clients from the start, on projects that have a genuine impact. You’ll be thinking and innovating with colleagues across the firm to solve fascinating problems.

"We encourage all our graduates to explore, question and collaborate. You’ll stretch your thinking, while building a career that inspires and energises you. At Deloitte, you’ll find a place where you can be your true self, thrive professionally and personally, and make a shared impact that reaches further and means more." 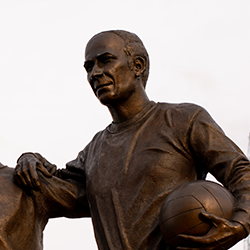 Fun fact: Leeds United FC and Manchester United FC are famously, the clubs of the Charlton brothers – Jack and Bobby – who played together in England's 1966 World Cup winning team.

Brothers Ronald (centre back) and Erwin (left midfield) Koeman played together in the Netherlands team that beat Russia in the final of the 1988 European Championships. This was the great side that also featured Frank Rijkaard, Ruud Gullit and Marco van Basten.

Incredibly, René and Willy van de Kerkhof had played together in the 1978 World Cup Final (they lost). Later on, the Netherlands was also represented by the de Boer brothers (Frank and Ronald), the Witschge brothers (Rob and Richard) and the de Jong brothers (Luuk and Siem). That's five pairs of Dutch international footballing brothers.

Then there are the Laudrups (Michael and Brian) of Denmark. Tthey should ave played together in the winning Denmark team in the 1992 European Championships, but Michael threw a strop and sat the tournament out.

Yaya and Kolo Touré, however, did win the Africa Nations Cup together with Ivory Coast in 2015. There are doubtless other successful footballing brothers.

But even within this already intriguing subset of footballers there is even greater intrigue: not all footballing brothers play for the same country even. Liverpool's Thiago Alcântara plays for Spain; his half-brother Rafinha plays for Brazil, birthplace of their father.

They've yet to play against each other at international level, although
Jérôme and Kevin-Prince Boateng did! Jérôme plays for Germany, half brother Kevin-Prince for Ghana. The two met at the 2010 World Cup in South Africa, where Jérôme's Germany edged Kevin-Prince's Ghana 1-0.