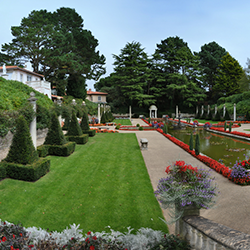 The consultancy has two offices, in Bournemouth, Dorset, and Winchester, Hampshire.

"The right candidate is likely to be a competent planning professional with over two years proven experience within either the public or private sector. Candidates should ideally have achieved Chartered Town Planner status or perhaps in the final stages of working towards it. As well as a detailed knowledge of the planning system, personal qualities should a high level of motivation, customer focus and a commercial awareness."

Pure Town Planing is a "successful, forward thinking" consultancy founded in 2011, which was a finalist in the RTPI's Small Planning Consultancy of the Year Award in 2018. The practice handles a variety of small to mid-sized residential, commercial and public sector schemes.

Bournemouth has the third highest proportion of land taken up by domestic gardens - 34.6% - of the 326 districts in England. According to the Office For National Statistics Land Use Survey, this is narrowly less than the London Boroughs of Harrow and Sutton, with 34.7% and 35.1% respectively.

The town - now with a population of 183,000 - didn't even exist until 1810 when it was founded as a small settlement which was promoted as a health resort, Huge growth took place in the late 19th and early 20th centuries when the fad for spa towns and seaside resorts really took off.

Proximity to nature and greenery - whether in public or private spaces - was considered essential to good health. Plus ca change. 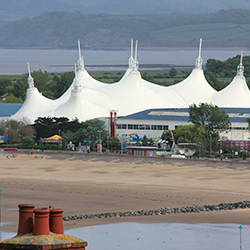 2. BE A HAPPY CAMPER

Newly refurbished offices in Taunton, a short walk from the railway station in one direction and the town centre in the other

A new council formed earlier this year from a merger of Taunton Deane and Somerset West, Sowerset West and Taunton Council is "one of the largest and most fascinating local authorities in the country. From the coastal communities in the north of the area, including Hinkley Point C nuclear power station – Europe’s largest construction project - through the national park of Exmoor, the Area of Outstanding Natural Beauty of the Quantock Hills down to the historic county town of Taunton, the opportunities and challenges are immense."

Moreover, "there is a fresh vigour and ambition under a new CEO" and "gone is the multiple tiers of planning titles, replaced with a progressive structure that allows you to work as a planning specialist in your own right at different levels within.

"We have opportunities in development management for what you will be more familiar known as planning officers through to principal planners."

Minehead in West Somerset is home to Minehead Butlin's, opened in 1962 as the ninth of ten Butlin's resorts to be built between 1938 and 1966. It remains one of just three to continue to operate under the Bultin's name - the others being Bognor Regis and Skegness.

Though the popularity of holiday camps isn't what it was in its 1950s heyday, the Butlin's resorts have reinvented themselves as off-season locations for music and cultural festivals. Minehead, for example, hosts Spring Harvest each year, the UK's largest Christian conference. It's also the home of Bloc Weekend, an annual electronic music festival. 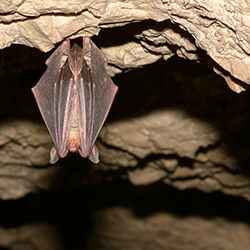 The South Downs Centre in the pretty town of Midhurst in West Sussex.

"As a development management officer you will have a case load of householder and other planning applications where the authority delivers the planning service directly.

"You will travel to the application sites, assess the planning issues and make recommendations to the team leader and on occasion to the planning committee. You will also liaise with a wide variety of consultees inside the authority, including our national park rangers, and external bodies."

The South Downs National Park is the newest of the UK's 15 national parks and covers a large 628 square mile swathe of towns, villages and countryside from Winchester in the west to Eastbourne in the east (total population 108,000 people and 125,000 sheep), through the counties of Hampshire, west Sussex and East Sussex. Geologically, it incorporates the chalk hills of the South Downs (including the notorious Beachy Head) and a substantial part of the western Weald.

The park incorporates 600 sites of special scientific interest and many unique habitats that support rare and endangered species of plants and animals. Reputedly, 36 per cent of these habitats are smaller than one hectare, meaning they are particularly prone to being wiped out by changes in farming practice.

Among the endangered species that inhabit the park are the Duke of Burgundy butterfly (now found at just 20 sites in England) and the greater mouse-eared bat, which can only be found in the South Downs National Park. The last known British colony disappeared in 1985. However, a single male was discovered in the National Park in 2002 and has been recorded at the same location every year since. 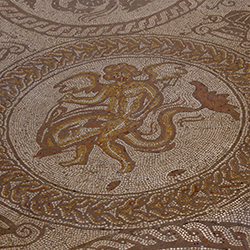 Modern redbrick offices on the edge of the historic city centre in the West Sussex town of Chichester.

"The planning policy team is looking to recruit a member of staff to assist with the local plan review.  This will involve completion of the evidence base, policy drafting, public consultation and an examination in to the soundness of the plan."

Centred on the cathedral city of Chichester, the district encompasses a range of historic towns and villages within a large rural district that stretches from the south coast to the Surrey border. It includes a large chunk of the South Downs National Park and the Chichester Harbour AONB.

The palace was excavated in 1960 after an engineer working for Portsmouth water Company accidentally discovered it while laying a new water main in a field. Aside from yielding extensive artefacts, including wall paintings, the palace has revealed tantalising glimpses of life in the decades following the Roman invasion of 43AD. It's thought to have been built for a pro-Roman British chieftain, Cogidubnus, who was installed as king of number of territories following the first stage of the conquest. 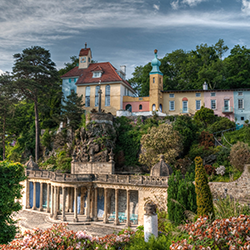 5. BACK IN THE VILLAGE

The national park offices in the small town of Penrhyndeudraeth in Gwynedd, north west Wales.

"We are now looking for a Welsh and English speaking Planning Manager to join our team at the National Park head offices in Penrhyndeudraeth.

"You will deliver support to our activities, helping determine viability for planning consents, providing planning advice and enforcing unauthorised development activity. Reporting to the director of planning and land management, you will oversee a dozen-strong team consisting of planning officers, technicians and assistants."

Snowdonia National Park was established in 1951 as Britain's third national park and covers 827 square miles of frequently spectacular landscape, including 37 miles of coastline. Around 26,000 people living in the park, more than half of whom are Welsh speakers.

The community of Penrhyndeudraeth includes the playful and eccentric village of Portmeirion, built in the style of an Italian village and used as the location for iconic 1960s TV show The Prisoner.

It was constructed between 1925 and 1975 by Sir Clough Williams-Ellis and is reputedly based on the fishing village of Portofino on the Italian Riviera (a claim which Williams-Ellis denied). The village has inspired artists and writers, including Noel Coward (who wrote Blithe Spirit while staying at Portmeirion) and, of course, Patrick McGoohan who set The Prisoner in the village. It's also featured in episodes of Doctor Who and 70s sitcom Citizen Smith.

You can view all the latest vacancies in Town planning here: Town Planning Jobs