Five of the most interesting jobs on Planner Jobs this week. And an equally interesting fact to go with each. My, how we spoil you.

The job: "Epping Forest District Council is looking for a planning policy team manager to play an integral part in leading the team, as we take our new local plan through independent examination towards adoption and implementation of our policies. The local plan sets out ambitious growth for the district, a new garden town, and the delivery of 11,400 new homes and 10,800 new jobs by 2033.

"The role is based in the policy and implementation team within the planning directorate.  You will be working on a range of policy development projects with a variety of partners, stakeholders and developers, therefore strong interpersonal skills are key." 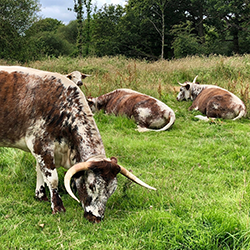 Fun fact: Epping Forest, a 2,400 hectare area of ancient woodland, is also knowns as 'The Peoples Forest', a designation given after a dedication by Queen Victoria in 1882. This dedication followed hot on the heels of the 1878 Epping forest Act which protected the forest from enclosure by the local lord of the manor and preserved commoners' rights to access, cattle grazing and wood collection. In her dedication, Queen Victoria said: "It gives me the greatest satisfaction to dedicate this beautiful forest to the use and enjoyment of my people for all time."

The forest is managed to this day by the City of London Corporation, which acts as conservator in accordance with the Act. The care is funded from the private funds of the Corporation. Commoners who live in a forest parish are still entitled to register to graze cattle at certain times (though there are greater restrictions now for safety reasons) and they are entitled to collect "one faggot of dead or driftwood'" per day. A faggot is an official measure - it's a bundle of sticks that is three feet in length and two feet in circumference.

The job: "As one of the more senior planning officers in the team you will coordinate the planning process and the delivery of some of the city’s most important development projects. This includes the opportunity to work on such projects as new mixed use communities, coordinating delivery of new major commercial centre in Derriford and major waterfront and city centre regeneration schemes.

"The role is in the strategic growth team, the City Council’s highly experienced multi-discipline team charged with driving forward the city’s ambitious growth agenda through great partnership working and proactive planning. While the ideal candidate will lead projects through the entire planning process, we are particularly interested in candidates who can help navigate schemes through the Development Management process." 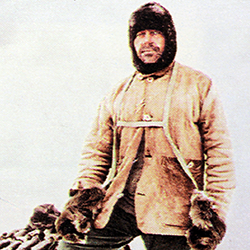 Fun fact: Royal Navy officer Captain Robert Falcon Scott - better known as 'Scott of the Antarctic' - was born in Devonport, Plymouth, in 1868. Scott is best known as an explorer and leader of two early 20th century expeditions to reach the South Pole, both of which ended in failure.

The less unsuccessful Discovery expedition of 1901-04 resulted in the discovery of the Polar Plateau and yielded important zoological and geological findings. The second, the Terra Nova Expedition of 1910-12, became a race to the Pole with Norwegian explorer Roald Amundsen. Amundsen beat the British expedition by five weeks. The hazardous 862-mile return journey resulted in the deaths of the entire party, sometime in March 1912. Their bodies were discovered in November 1912. Next to them were 16kg of tree fossils which they had dragged by hand and which proved that the Antarctic had once been warm and connected to other continents. So, not a totally wasted journey.

The job: "We have an exciting opportunity to join a planning, design and development consultancy, specialising in the provision of development services to the UK's leading, renewable energy, resource management (waste and minerals) companies, commercial, leisure and residential property development companies.

"You will have a working knowledge of the preparation and submission of planning applications, environmental impact assessment (EIA) and the town and country planning system, and will be confident in liaising with clients, planning authorities and procuring and project managing third party consultants." 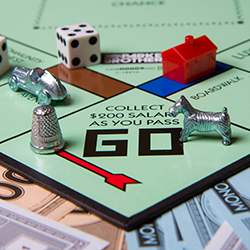 Waddington's was founded as a printing business by John Waddington of Leeds, along with the thespian Wilson Barrett, in the early 20th century. Initially, almost all of its work related to theatre. In 1922, the company picked up on the postwar popularity of card games and began game production and publication. Among other things, it became the UK publisher of the Parker Brothers' Monopoly, and the original publisher of Cluedo.

In 1941, the British Directorate of Military Intelligence section 9 (MI9) had the company create a special edition of Monopoly for World War II prisoners of war held by the Germans. Hidden inside these games were maps, compasses, real money and other objects useful for escaping. They were distributed to prisoners by fake charitable organisations.

The company was bought by Hasbro in 1994.

4. DIRECTOR OF PLANNING AND DEVELOPMENT, CITY OF LONDON

The job: "The City and its place in the UK and the world is changing in unprecedented times. As the governing body of the Square Mile, a global business hub, the City of London Corporation must plan for the future as well as preserve the past. Our economic dynamism means there is a high rate of change and development. Demand for new office developments competes with the need for increased housing, social and community facilities, and improved transport. The City’s infrastructure also needs to respond positively to shifts caused by the global pandemic and Brexit, in line with our importance to the wider UK economy.

"We’re looking for exceptionally talented individuals who will embody the change and transformation ahead and will be exemplars at this historic time for the City of London Corporation, leaving a lasting legacy for a centuries-old organisation and the City it serves." 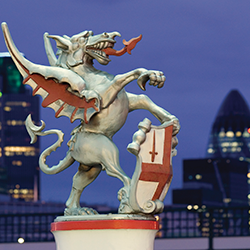 Fun fact: A city within a city, the City of London has many of its own laws and customs, its own police force, a voting system that enables corporations to vote in elections and its own representative in Parliament. The City Remembrancer is a parliamentary agent whose role is - arguably - to protect the ancient rights of the City of London through the process of legislative scrutiny and comment.

The Remembrancer, with permission of the Speaker, observes House of Commons proceedings from a special place near the visitors' chamber, though has no further access and is not allowed to participate in proceedings. The remembrancer also does not have advance access to Parliamentary bills or papers either.

Nevertheless, it's an influential role monitoring legislation on behalf of the City of London Corporation, briefing MPs and giving evidence to select committees. The role dates back to 1571 and is quite extensive, the Remembrancer acting in various ways as a communications channel between the Lord Mayor, the City of London, the royal household, the sovereign and Parliament. It is currently occupied by Paul Double, who has held the position since 2003.

The job: "Join the team of planning consultants, which is part of a wider multi-disciplinary consultancy, in the ongoing delivery of client projects in a fast moving, client-focused commercial environment, based out of the Manchester office. 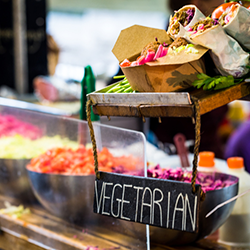 Fun fact: Manchester was the birthplace of vegetarianism 200 years ago, courtesy of the ironically named Reverend William Cowherd of the equally ironically named Beefsteak Chapel in Salford, which became the country's first vegetarian church

Cowherd, who believed that God resided in all living things and as such it was a sin to eat meat, urged his congregation to adopt a meat-free diet - and he provided free vegetable soup to his parish's poor. After his death in 1816, his successor, Jospeh Brotherton, continued his mission and in 1847 co-founded the Vegetarian Society while MP for Salford. The Society is now based in Altrincham in Greater Manchester and notable members have included Peter Cushing, Mahatma Gandhi, Linda McCartney and Jerome Flynn. 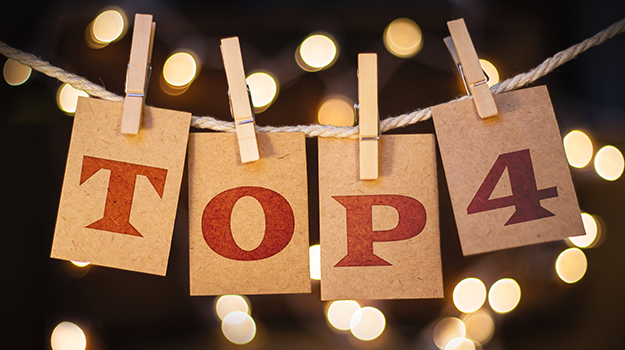