A round-up of the best, most interesting and unusual vacancies on Planner Jobs this week. 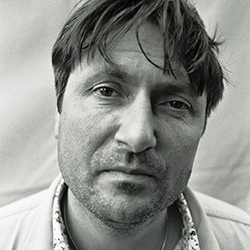 "We are seeking a planner with experience of dealing with a range of complex minor applications to join our busy planning teams. As planner you will be responsible for the processing of planning, advertisement consent, listed building applications and other planning matters; undertaking site inspections and consultations within agreed targets, timescales and priorities.

"You will respond to enquiries from applicants, agents and developers; advising on planning and related permissions and the procedures to be followed.  You will discuss, consult and negotiate on proposals; prepare reports and formulate recommendations on planning applications."

The most populous borough in England that's not a city, Kirklees is situated between Manchester and Leeds and centres on the large manufacturing town of Huddersfield. But it also incorporates a number of former mill towns such as Batley and Holmfirth,  as well as rural villages, and part of the Peak District National Park.

Britain's current Poet Laureate, Simon Armitage, hails from the village of Marsden near Huddersfield. Armitage wrote his first poem aged 10 and worked as a probation officer before becoming a full-time writer.

In addition to several poetry collections, Armitage has also written two novels, stage plays, a collection of essays about life in the North, an opera libretto and a dramatisation of Homer's Odyssey. He's noted for his dry wit and accessible, realist style.

The poet was appointed Laureate in 2019. His first poem as Laureate, Conquistadors, commemorated the 50th anniversary of the first moon landing. Armitage donates his salary to a new prize for a collection of poems with nature and the environment at their heart. 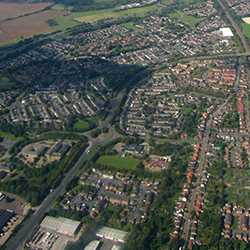 "We are looking for a qualified, suitably experienced and motivated senior planner to join our development management team. You will be responsible for carrying out the full range of development management duties and will have some experience of dealing with complex planning applications. You will need to demonstrate your ability to work using your own initiative, have excellent organisational and communication skills with a desire to help the delivery of high quality, sustainable development which helps to meet the aspirations of our local communities.

"This is an exciting time for Stevenage Borough Council, with its local plan recently adopted, its ambitious growth plans can start to be realised. A comprehensive town centre regeneration scheme is already underway, taking advantage of its ideal locational connections to London and the North via Thameslink, and new settlements on the edge of the town will soon become a reality."

Stevenage is a new town and borough in Herts, sited between the two garden cities of Letchworth and Welwyn. It was designated the first new town under the New towns Act in 1946.

Among other things, Stevenage contains the first purpose-built traffic-free shopping zone in Britain, and some of the tallest street lights in the country.

Radical planner, writer and feminist Monica Felton was the first chair of Stevenage Development Corporation, a position she held for two years before being sacked for her opposition to the Korean War.

Born in 1906 and raised in a Primitive Methodist household, Felton became a Labour Party councillor for London City Council in 1937, where she made her name as an urban planner with contemporary ideas. During the Second World War and afterwards, Felton lectured on urban planning and housing for the BBC Home Service and BBC World Service.

She was appointed chair of Stevenage Development Corporation in 1949 but sacked in 1951 after visiting North Korea as part of the Women's International Democratic Federation commission and adopting an anti-war position in a subsequent book. She was fired from Stevenage, expelled from the Labour Party and threatened with prosecution for treason. Felton died in 1970. 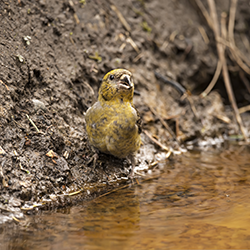 Cairngorms National Park HQ is a recently (and very stylishly) extended 19th century building by the town square in Grantown-on-Spey in the Cairngorms, north-east Scotland.

"This is a brilliant opportunity to help make a difference to an amazing part of the country that is home to a quarter of the UK’s rare and endangered species. You will have the chance to help protect what is special about the Cairngorms National Park by making sure the right development happens in the right ways and in the right places.

"What’s more, as your role will bring you to sites across our National Park, you’ll have an incredible backdrop in which to carry out your work. You’ll enjoy some of the world’s most enviable views on a daily basis, from wild high mountains and heather moorlands to magnificent forests."

The largest national park in Britain, the Cairngorms National Park centres on the Cairngorms mountain range in north-east Scotland. Its alpine semi-tundra moorland habitat is home to many rare plants, birds and animals, including Britain's only reindeer herd.

The Scottish Crossbill, found only in the Caledonian forests of the Highlands, is the only terrestrial vertebrate species unique to the United Kingdom. Almost indistinguishable from the red crossbill and parrot crossbill, it was only confirmed as a unique species in August 2006.

This was on the basis of its distinct flight patterns but, most notably, its distinctive song. Some researchers have even stated the the birds have "Scottish accents" - a difference that makes sure they attract the right mates. The population is thought to be approximately 20,000 birds and the Scottish Crossbill nests in pines or other conifers. 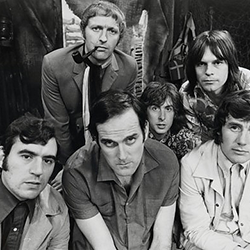 4. AND NOW FOR SOMETHING COMPLETELY DIFFERENT

"As a senior planner you will be working in a small, but growing, progressive and supportive environment. Reporting directly to the development control manager, you will be responsible for delivering a wide variety of planning solutions including initial pre-application enquiries, planning applications, appeal submissions and working closely alongside our planning policy and economic regeneration teams to delivery some exciting initiatives in the council’s brand new local plan.

"Your work will include working across multiple sectors and on multiple projects at any one time. Site visits, public, contractor and stakeholder liaison will all be large parts of the role. You will also be representing the council on specialist bodies and at committee meetings."

One of England's smallest boroughs - in size as well as population - Oadby and Wigston is predominantly urban and runs directly in to Leicester to the north. It consists of three settlements - Oadby, Wigston Magna and South Wigston. An affluent area, it nevertheless has low house prices.

Wigston Magna - or more specifically Wigston Magna police station - was for a short time home to Graham Chapman of Monty Python fame (pictured above, with pipe). Chapman, born a few miles away in Stoneygate in 1941, was the son of a police inspector who was posted to the town around 1951-52.

Chapman went on to become both a qualified doctor and a comedy writer and actor, his gift for performing and his friendship with fellow Cambridge graduate John Cleese pulling him towards the latter. He was considered the best actor among the Pythons and so took the lead roles in both Monty Python and the Holy Grail and The Life of Brian.

Chapman was one of the first celebrities to come out as openly gay, in 1972; he was also a member of the Dangerous Sports Club. He sadly died of cancer in 1989, aged 48, on the eve of the Python's 20th anniversary celebrations. Subsequent Monty Python reformations have included an urn said to contain Chapman's ashes. 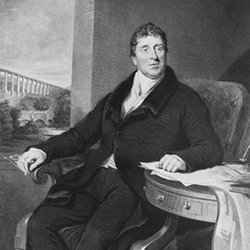 The Civic Centre is a redbrick office on the fringe of Telford town centre, Shropshire - a few miles east of Shrewsbury.

"This is an exciting opportunity to join apT, a pioneering public sector development consultancy, which is part of Telford and Wrekin Council. apT brings together a dynamic team of planners, building surveyors, highway engineers, built heritage specialists, ecologists, and other key specialisms.

"You will play a key role within the planning team helping to deliver the council's statutory service, in the preparation, monitoring, review and implementation of the development plan for the borough. You will take a lead role in preparing the development plan strategy, supervising projects, providing key input into corporate strategies, and supporting the delivery of neighbourhood plans."

A mid-sized borough in Shropshire, Telford and Wrekin spans a number of villages and small towns, though Telford is the largest settlement. The new town is one of the fastest growing towns in the UK and the area describes itself as 'the birthplace of industry' because of its role in the Industrial Revolution.

Telford is named after Thomas Telford, a Scottish civil engineer and the 'colossus of roads' whose work as Surveyor of Public Works for Shropshire was instrumental in enabling the Industrial Revolution and its benefits to spread.

But the town was originally called Dawley when first designated as a new town in 1963. The name Telford didn't appear until 1968, to accompany an expansion of the new town that would double its size. The Telford New Town Development Corporation wasn't wound up until he early 1990s, by which time Telford was approaching its 25th anniversary and was established as one of the most important towns in the region.