A round-up of the best, most interesting or unusual jobs on Planner Jobs this week 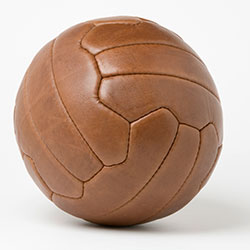 Redbrick council offices on the edge of the town centre in Atherstone, midway between Birmingham and Leicester, West Midlands.

"We are looking for an experienced principal enforcement officer to join our development control and enforcement team who can be a key contributor to the management of development in the borough.

Atherstone itself is a small industrial and market town set in a rural landscape close to the A5 Watling Street and the border with Leicestershire.

Every year on Shrove Tuesday, an ancient, frequently violent game of football takes place in the streets of Atherstone. The Shrove Tuesday football game celebrated its 800th anniversary in 1999.

Something of a free-for-all, the game is played along Watling Street where it forms the main street of Atherstone, using a thick leather ball decorated with red, white and blue ribbons. The match starts at 3:00pm when the ball is thrown from the window of Barclays Bank and continues until about 5:00pm. there are not teams and no goals - the aim of the game is simply to be in possession of the ball at the end of game, and there is only one rule: players are not allowed to kill one another. 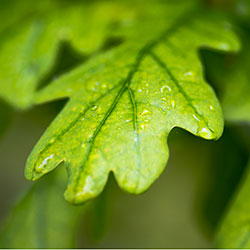 A sustainable and stylish wooden office building just outside the town centre in Grantham, Lincs.

"As part of the conservation policy team, the lead policy advocate is responsible for helping to shape and develop evidence based organisational policy positions to assist in influencing decision makers to help achieve the Trust's core conservation aim.

"The role will be required to work closely with colleagues to ensure our organisational positions and public policy goals are well evidenced, robust and influential."

The Woodland Trust is the UK’s leading woodland conservation charity. The Trust aims to engage and inspire people about woods and to fulfil a vision of creating, restoring and protecting woodland.

Grantham is a medium-sized town around 25 miles east of Nottingham known for, among other things, being the birthplace of Margaret Thatcher and for producing the UK's first female police officer in 1914.

The Allerton Oak in Liverpool was chosen by the Woodland Trust as its Tree of the Year for England in 2019, and was selected to represent the UK in the European Tree of the Year competition in 2020.

The tree, a giant oak, is believed to pre-date the Norman Conquest and has attracted a number of local legends over the years. It's said, for example, the in the Medieval period the local Hundred Court sat beneath the branches of the tree in the absence of a courthouse.

During World War Two, soldiers' families would send acorns and leaves from the oak - an emblem of strength and endurance - to their loved ones to protect them. 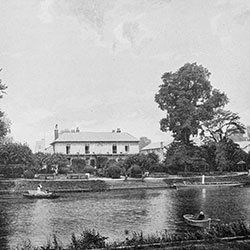 3. COME ON EEL THE NOIZE

"We are seeking a motivated, ambitious and proactive individual to join a very successful and busy team. The new member of the team will need to demonstrate 5 years track record, as a consultant or at a developer/housebuilder, a thorough understanding of the planning application and local plan processes and the ability to work within a diverse consultant team. An interest in the land acquisition side of development, identifying potential opportunities, project viability, interaction with land owners, analysis of local development plans and five year housing land supply is highly desirable."

Ashill Group is a property development company based in Twickenham Green.  The strategic land division focuses on identifying and promoting strategic land opportunities to bring forward  residential and mixed use schemes across the south east of England.

Twickenham is an affluent suburban town in south west London, notable nowadays for being the home of Twickenham Stadium where the England rugby union team plays its home matches.

Eel Pie Island, in the River Thames at Twickenham, became a nationally important centre for jazz, blues, rock and r'n'b in the 1950s and 60s, with bands such as the Rolling Stones, The Who and The Yardbirds making regular performances.

The performance venue, the Eel Pie island Hotel, had been a genteel ballroom dancing venue in the the 1920s and 30s before turning to new musical styles post-war.

The hotel closed in 1967 , reopening briefly in 1969 as Colonel Barefoot's Rock Garden with bands such as Hawkwind and Genesis performing. It burned down in 1971 in a fire described as "mysterious".  By then , Eel Pie island had become the UK's most famous hippy commune. 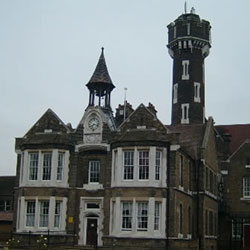 "We have strong housing and commercial delivery taking place across the borough, including at Ebbsfleet, and exciting proposals to transform Dartford town centre. You will make a critical input into the new local plan currently being prepared. We have a clear strategic vision of how development will be distributed, and sites have been identified to meet our housing and employment needs.

"As well as taking a lead on this infrastructure planning and its funding through S106s and CIL, you will get involved in other aspects of local plan preparation."

Dartford is a small to medium-sized borough on the south bank of the River Thames in north west Kent, centred on the town of Dartford and considered to be part of London's contiguous urban area.

Between 1877 and 1903 the number of hospitals in Dartford rose to 11, together providing 10,000 hospital beds, at a time when the town's population was a little over 20,000. One of the best-known, Stone House Hospital, was opened on 16 April 1866 as the City of London Lunatic Asylum.

The facility accommodated 220 patients and its 140 acre grounds included a working farm. Among its most famous patients was the poet and composer Ivor Gurney, who arrived in 1922 and remained until his death, aged 47, in 1937. The facility was renamed the City of London Mental Hospital in 1924 and it joined the National Health Service as Stone House Hospital in 1948.
The hospital closed in 2005. 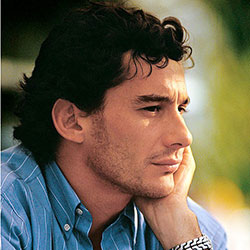 A converted residential house in a smart street just outside central Norwich, Norfolk (and a stone's throw from Carrow Road, the home of Norwich City Football Club).

"You would be the principal on a varied and exciting caseload including the full range of strategic, development planning and enforcement matters. You will play a key role in strategic land promotion, development appraisals and managing developments though the planning process on behalf of landowners, developers, local authorities and others. Reviewing scheme viability appraisals, preparing budgets and project managing the planning stages of projects is an essential part of the role."

Norwich itself is a historic city in East Anglia regarded as the most complete medieval city in the United Kingdom and named by The Guardian in 2016 as the happiest city to work in the UK.

Norwich has been home to numerous notable people over the centuries, many associated with the city's tradition of radical and dissenting politics. One of the most surprising residents, however, is the Brazilian motor-racing legend Ayrton Senna.

During the 1981 Formula Ford season, Senna rented an unassuming semi-detached two-bedroom bungalow in the suburb of Eatoni n the city. At the time he was racing for Ralph Firman's Van Diemen company - based 18 miles away in Snetterton.

After success in Formula Ford, Senna moved to Formula One in 1984 and moved to Team Lotus, based at Hethel in Norfolk, the year after. He then moved to McLaren in 1988 where he won his first world championship.

BBC News reported on the sale of the bungalow in 2015, for a princely (cough) £215,000. By comparison, the palatial Portuguese residence Senna later made his home went on the market for £7 million in the same year.