As it's a bank holiday this week, we can't do our usual Friday Five. So here's a Thursday Five instead (yes, we know Thursday Three would alliterate better, but we don't want to shortchange you) - a round-up of five of the best, most interesting, significant or unusual jobs on Planner Jobs this week. 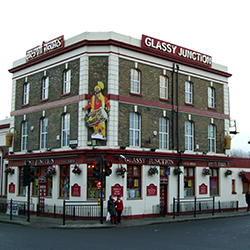 Perceval House, an early 1980s red brick office building in the shape of a spanner (from above), on the busy Uxbridge Road that is soon to be replaced by a Farrell designed building in a development that will include affordable housing, a library and a 'cultural quarter'.

"As a principal officer you will be involved in the case management of some of these planning applications and be a key person in discussion and negotiating improvements to schemes with the applicants, and a wide range of internal and external partners."

Eagling, in west London, is the capital's third largest borough by population with some 342,000 residents. It's ethnically very diverse, with a large Asian population (notably in Southall) and a significant British-Polish population that owes its origins to the World War II refugees and Polish armed forces finding cheap accommodation and work in the Acton area.

From 1994-2011, Southall was the location of the Glassy Junction public house, the first pub in the UK to accept Indian Rupees as payment.

Glassy Junction literally means 'the junction of drinks (glassy)' and is a Punjabi term for a pub in the Doaba region. Previously The Railway tavern, the pub was generally regarded as the first Asian pub in the UK and was well-known, making several appearances in Bollywood movies. It's now a vegetarian restaurant. 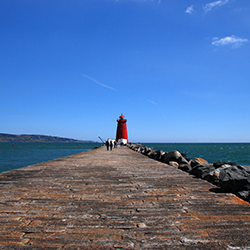 (Part-time) inspector and adviser in the Office of the Planning Regulator, Ireland.

Modern offices dockside, in Dublin Docklands on the south bank of the River Liffey, within sight of Samuel Beckett bridge and the financial services centre, and a few minutes' walk from the greyhound stadium (if that's your thing).

"The Office of the Planning Regulator (OPR) is an independent public body established by the Irish Government to oversee the effective delivery of planning services to the public by local authorities and An Bord Pleanála, ensuring quality outcomes in relation to proper planning and sustainable development. Its work includes:

"The Office is seeking to establish a panel of fee-per-case (FPC) contractors to assist it in its role and functions as set out under the Planning and Development (Amendment) Act 2018."

The Great South Wall, which projects 4km into Dublin Bay, was at one time the world's longest sea wall and remains one of Europe's longest to this day. A huge structure, the wall is 32 feet thick at the base, tapering to 28ft at the top and leads to the Poolbeg Lighthouse, which remains accessible by foot.

The wall was conceived as a means to prevent the build-up of sand bars in shipping lanes as the Port of Dublin expanded in the 18th century. Construction began in 1717 and the last massive granite blocks weren't put into place until 1795, almost eight decades later. Halfway along the wall you'll find the Half Moon Swimming and Water Polo Club. 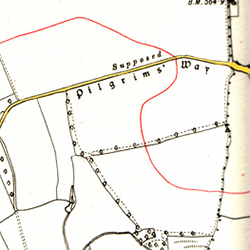 County Hall, Kingston upon Thames (which isn't in Surrey any more, but y'know).

"We need a landscape planning officer to take a strategic advisory role offering landscape advice across the authority's functions, including forward planning and development management, and to work in partnership on collaborative projects and initiatives with Surrey's district and borough councils. The post forms part of a small team with a wide remit that covers biodiversity, landscape and environmental assessment."

In particular, you'll be able to advise on landscape and visual impacts of development; ensure the council complies with relevant legislation; have a good grasp of Landscape & Visual Impact Assessments; understand planning and the planning system.

Surrey, aside from its generally pleasant landscape (it's around 90 per cent green belt), is home to the Surrey Hills AONB, a 163 square mile area that covers a quarter of the county. The Surrey Hills area has three long-distance walks running through it: the North Downs Way, the Greensand Way and the Pilgrims' Way.

But its origins most likely lie much deeper in Britain's history. The Pilgrim's Way is thought to follow the route of a much more ancient trackway that was probably in existence since the stone age. It's thought this would have provided a link for ancient people from the narrowest part of the English Channel to the religious complexes of Avebury and Stonehenge, in Wiltshire (where it is known as the Harroway). 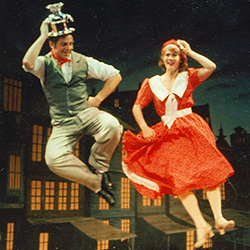 A spanking new glossy development right next door to the Electric in Brixton, one of the UK's best music venues (just don't mention the agent of change principle).

"This post is responsible for leading the council’s planning strategy and policy team to maintain an up-to-date planning policy framework that reflects the council’s priorities for sustainable and inclusive growth.

"Lambeth is a vibrant borough that attracts significant investment and offers a wide range of challenges and opportunities. Stretching from Waterloo and Vauxhall in the north, through Brixton and Clapham in the centre to Streatham and Norwood in the south, Lambeth covers a cross-section of inner and outer London and has a distinctive mix of places each with its own character and community." Can't argue with that.

Far from being a Victorian music hall staple, the famous Lambeth Walk is a song (and subsequently a dance) created for the 1937 musical Me and My Girl. Instantly popular, it quickly spread across the Atlantic and into Europe where, in 1939, German big band leader Adalbert Lutter made a German-language adaptation.

A member of the Nazi Party drew attention to it by declaring The Lambeth Walk "Jewish mischief and animalistic hopping", as part of a speech on how the "revolution of private life" was one of the next big tasks of National Socialism in Germany. That worked out well. Cough. 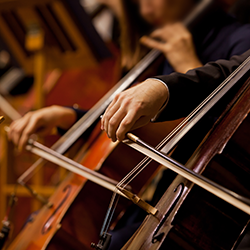 5. THE SOUND OF MUSIC

The very handsome grade-II sited Watford Town Hall, a 1930s red brick building with touch of deco, designed by Charles Cowles-Voysey (see more below). Plans are afoot, however for a new municipal office block in the town.

"The post holder should have excellent customer service and investigation skills and be able to work independently but support other enforcement officers, planners and technical support officers. Ideally the post holder would have experience in working in planning enforcement but candidates with exceptional investigation skills and knowledge of planning will be considered.

"Watford is an urban borough in South West Hertfordshire, with excellent transport links with mainline rail connections to London. Watford is the centre of a sub-region serving around 500,000 people living within a 20-minute travelling time catchment. As part of the London commuter belt Watford is strongly influenced by London which brings the benefits of a buoyant economy."

Fun fact
The Town Hall is next door to the contemporaneous Watford Colosseum, also designed by Charles Cowles-Voysey (along with acoustician Hope Bagenal) and world-renowned for the quality of its acoustics.

Over the decades it's been used by leading orchestras and musicians for performance and recordings, and the soundtracks for The Sound of Music, Lord of the Rings and Sleepy Hollow were all recorded here. Latterly, it's hit harder times and has been through several changes of ownership and a refurbishment. But it survives and will  be hosting UB40, Midge Ure, Paul Young and Francis Rossi in coming weeks.