An alliterative and abbreviated end to the shorter working week before the Easter break. Some jobs for you.

The job: "This is a unique opportunity to work at the forefront of planning for housing in Scotland, furthering our primary purpose of delivering more homes for Scotland through making an unequivocal case for an increase in housing supply.

"We are looking for a collaborative, confident, personable and intelligent person who can self-manage a busy workload of local and regional planning policy work and contribute to our work at the national level. In particular you will lead our planning work in the Strathclyde, Grampian and Highland and Moray geographical areas of Scotland." 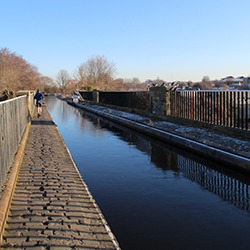 Fun fact: Homes for Scotland's office, in the south west of Edinburgh, is a five minute walk from the Slateford Aqueduct, built in 1822 to carry the Union Canal over the Water of Leith, the main river that runs through the Scottish capital. The 150 metre long aqueduct is 15 metres wide, stands 23 metres high and has eight arches. It was designed by civil engineer Hugh Baird with advice from Thomas Telford.

The 50 kilometre Union Canal - more correctly, the Edinburgh and Glasgow Union Canal - runs from Falkirk to central Edinburgh and was built to carry minerals from the mines and quarries of Lanarkshire to the capital city. Though initially successful, it went into decline with the construction of the railways and was closed to commercial traffic in 1933 and finally closed altogether in 1965. A revival in interest in canals has, however, seen the canal regenerated and reopened in 2001 as a channel for leisure traffic and a site for recreational activities. It's been linked to the Forth and Clyde Canal via the amazing Falkirk Wheel boat lift and now means you can start a boat journey in central Edinburgh and reach both the east and west coasts of the nation.

"As the senior planning officer, you will manage and deliver a range of development management casework.

Reporting to the principal planning officer, you will handle all forms of planning and related applications, including conservation area consent and listed building consent applications. 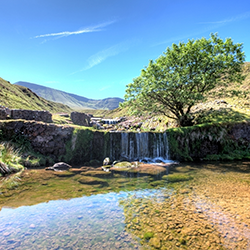 Though a 'national' park, most of it is privately owned land and it's mainly bare, grassy moorland, grazed extensively by sheep and ponies. It's widely used as a training centre by the military, particularly special forces, and the SAS conducts its demanding selection training exercise here (including the infamous Fan Dance, a timed 15-mile hike over difficult terrain with a fully laden pack).

In 2013, the park was designated an International Dark Sky Reserve. Consequently, it's one of the best places for stargazing in the UK, though you may need a landowner's permission to access the best places.

The job: "New positions have been created across the department for outstanding candidates to join placemaking and heritage and strategic planning teams, and be involved in shaping and delivering a wide range of exciting development projects coming forward across the city.

"Swansea is identified as a significant growth area over the next 20 years, and the council has an ambitious placemaking framework to deliver that growth. Successful candidates will have the opportunity to be involved with shaping a wide range of development schemes to meet the placemaking requirements set out in existing and emerging policy and guidance. Development projects coming forward include: large scale neighbourhood extensions on greenfield and brownfield sites; mixed use commercial-led city centre development; green infrastructure led public realm projects, repurposing and repair of key listed buildings; and the council’s own home building programme that aims to deliver a thousand homes over the coming decade." 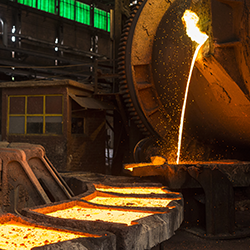 Fun fact: In the 18th and 19th centuries, the city of Swansea was popularly known as Copperopolis, on account of the extent of its copper-smelting industry. Indeed, for close to two centuries, it was the world's leading copper-smelting area and many smelters along the River Tawe received copper and other metal ores shipped from Cornwall and Devon, and even as far afield as the Americas, Africa, and Australia. The industry declined severely in the late 1800s, and none of the smelters is now active.

The port of Swansea initially traded in wine, hides, wool, cloth and later in coal. But after the invention of the reverbatory furnace in the late 1600s, copper smelting was able to use coal rather than the pricier charcoal. Swansea became the ideal place to smelt Cornish copper ores, being close to the coalfields of South Wales and having an excellent port to receive transport ships. Because each ton of copper ore smelted used about three tons of coal, it was more economical to ship the copper ore to Wales rather than send the coal to Cornwall.

The first copper smelter at Swansea was established in 1717, followed by many more. Once established, the industry began receiving high-grade ore from around the world and more coalfields were opened up to support demand. By the 1850s Swansea had more than 600 furnaces, and a fleet of 500 oceangoing ships carrying out Welsh coal and bringing back metal ore from around the world. The industry declined in the late 1800s under pressure from falling prices and the advent of cheaper, lower-grade ore mined in the Americas which it was uneconomical to ship to Europe for smelting.