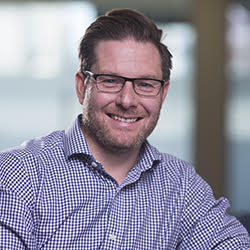 Planning consultancy Turley has announced a new senior director in the northern planning team and a number of promotions across the business.

The promotions are in the planning, heritage & townscape, sustainability, landscape & VIA, EIA, economics and design services, as well as Turley's business support teams.

Manchester-based David Diggle, who leads Turley’s health team, has been appointed senior director. He advises on several nationally significant infrastructure developments including Rail Central, Port Warrington and Gateway East at Doncaster Sheffield Airport. His new role will see him continue to focus on projects across the north of England as well as supporting the company’s growing national portfolio of health and infrastructure work.

James Sugrue has been appointed as associate director in the London heritage and townscape team, joining from Barton Willmore.

Oliver Jefferson has been promoted to director in the London office. He will focus on delivering regeneration schemes across a range of sectors, including urban living formats.

Emma Sharp and Isabel Jones in Turley’s heritage & townscape and landscape & VIA services have been promoted to associate director in Cambridge and London respectively.

In the Birmingham team, Sam Lake has been promoted to associate director after working on several high-profile projects, including Arden Cross and Digbeth. He will continue to focus on city centre regeneration, logistics, and nationally significant development projects.