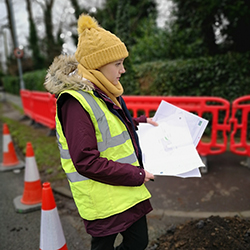 Archway Homes has promoted Rachael Whelan to land and sustainability director to lead its green agenda.

Whelan started helping with admin nine years ago at Archway with her role expanding to cover finance, sales and more recently land.

She worked overseas for the Durrell Institute of Conservation and Ecology, before taking on a role in the conservation department at Chester Zoo.

Whelan said: “The government has pledged that there will be no fossil fuels in new homes by 2025 so there will need to be a shift to raise consumer awareness. In the future homeowners will be more attuned to buying a property without a gas boiler due to an increased understanding of the importance of renewable technologies and reducing their carbon footprint.”

She added: “The next 12 months will see a lot of change in the market, driven by both developers and the government. As a small housebuilder we don’t have the same resources as larger companies but that doesn’t diminish our passion for building sustainable homes and, as the technology becomes more widely utilised it will bring the costs down for everyone.”